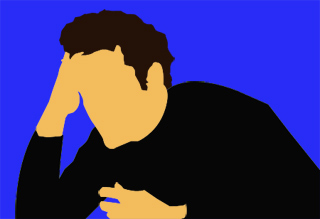 A study apparently found that Cognitive Behavioral Therapy (CBT) may not be of much help in treating schizophrenia. It also seemed to have a limited effect on treating depression as well. This study was conducted by Professor Keith Laws and his colleagues at the School of Psychology of the University of Hertfordshire.

The authors of the study were stated to have methodologically undertaken rigorous trials that seemed to compare CBT to a “psychological placebo”. They were also believed to have examined the impact of “blinding” on the patients. Blinding is supposedly a system where the people who evaluate the patients are evidently not aware of the received treatments.

It was also noted that all the trials that apparently included blinding as well as psychological placebo seemed to justify that CBT may be ineffective in treating schizophrenia. Moreover, the study also seemed to show that CBT may have a very minimum effect on depression.

“The results of this review are important because in March NICE re-approved CBT for use in all people with schizophrenia. The Government is also investing millions of pounds to provide CBT for depression and anxiety in 250 dedicated therapy centres across England,” said Professor Laws. “Yet the evidence here is that the effectiveness of this form of therapy may be less than previously thought, to the point of being non-existent in schizophrenia.”

The results of the review apparently put forward that CBT may not be of much use in schizophrenia treatment and may be ineffective in preventing relapse in bipolar disorder and schizophrenia.

The study paper analysis, “Cognitive behavioral therapy for major psychiatric disorder: does it really work?” was published online in the Journal of Psychological Medicine.