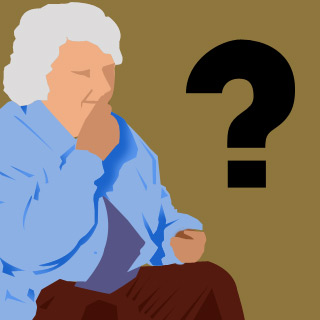 A recent study on a series of patients with Alzheimer’s disease claims that people with the initial stages of the disease may have trouble focusing on what is important to remember. This intriguing study was conducted by the UCLA University.

Alan Castel, assistant professor of psychology and lead author of the study mentions that the failure to control attention and not problems with memory may be the few indicators of the disease in its initial stage.

For the purpose of better understanding this criterion, this study was conducted on three groups of subjects. The groups were divided into 109 healthy older adults, 54 older adults with mild Alzheimer’s and 35 young adults. All these subjects were scrutinized and were presented with a list of words, where each word was believed to have been paired to a point value. The used words remained common like “apple”, “table” and “wallet”. The candidates were evidently scored according to the words that they remembered.

Castel has stated that, “Memory can be a limited resource. If we can recall only so much information, we need to be selective in old age. A trick for successful aging is to know what the important things are and to remember those things. Many older adults learn to be more selective because they know they can’t remember everything. The ability to be selective might decline when our attention is divided and in the early stages of Alzheimer’s disease.”

The study indicated that people suffering from mild Alzheimer’s disease seemed to recall an average of about 2.8 words, much of which were lower value words and also seemed to find focusing on the high-value words more difficult. On the other hand, the young adults were noted to be much selective in contrast and chose to remember the high-value words. They recalled an average of 5.7 words. The healthy adults, however, remembered fewer words but were equally selective reaching an average of 3.5 word remembrance.

Castel, who is stated to conduct analysis on the human memory and aging, supposedly suggests that older people may tend to focus on fewer but significant things. He is also believed to have conducted similar studies where words have held negative point values and if remembered could lead to decrease in the score.

The journal Neuropsychology seems to have first published the recently conducted study.

Overweight People are more likely to have Bad Breath