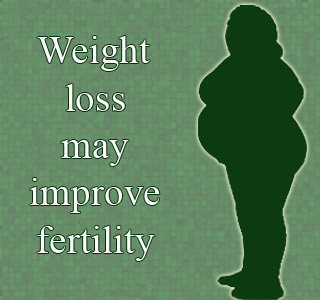 Another addition may have been made to the list of the benefits of weight loss. It seems that even minor weight loss in obese women may have the possibility of increasing their fertility. Atleast this is what the researchers from the Sheffield University believe.

For the purpose of the research, the experts evaluated a group of around 40 non-ovulating women who were also facing weight issues. The average age of these subjects was presumed to be around 29 years. Apart from this, some of these women were also noted be suffering from Polycystic Ovary Syndrome (PCOS). All of these women were supposedly kept an eye on for a period of about 3 months.

It was seemingly observed that even a 5% loss of body weight could lead to around 19% increase in blood flow to the womb. This improvement in blood flow was believed to influence egg release from the ovaries, which could in turn lead to the implantation of an embryo in the womb.

The experts have elucidated that such an increased blood flow may act like a “switch” in triggering the ovaries. Evidently, even the testosterone levels in the subjects were found to have lowered with greater blood flow. Testosterone level was stated to be present in a greater quantity in PCOS patients.

For this purpose, Professor Bill Ledger from the University of Sheffield has stated that losing even around 5-10% of the body weight may be beneficial for these women. He has also stated that these findings could possibly encourage moderately obese women to take the initiative to lose even as little as 5-10% of their body weight.

These findings were presented at the European Society for Human Reproduction and Embryology.