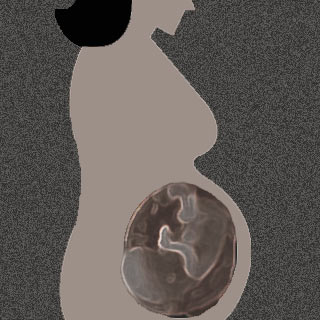 According to a team of experts, expecting mothers leading a stressful life may inadvertently affect the mental well-being of their unborn child. These experts have noted that the children whose mothers were constantly stressful during pregnancy may have a greater risk of experiencing behavioral and emotional issues while growing up. This revelation was presented in a unique way in an exhibit at the Royal Society Summer Science Exhibition, by the experts from the Imperial College London.

Through the research, these experts have laid an emphasis on the importance of being in a happy state of mind during pregnancy. It was even noted that maternal stress and anxiety may have an impact on the fetus’ brain development, which could later make them more susceptible to various problems like depression, anxiety, Attention Deficit Hyperactivity Disorder, etc. Apart from these factors, the effect of stress during pregnancy could also extend into many years. For instance, in future it could be the cause of a violent strike in the child.

“We all know that if a mother smokes or drinks a lot of alcohol while pregnant it can affect her fetus. Our work has shown that other more subtle factors, such as her emotional state, can also have long -term effects on her child. We hope our exhibit will demonstrate in a fun way why we all need to look after expectant mothers’ emotional wellbeing,” says lead researcher, Professor Vivette Glover from the Institute of Reproductive and Developmental Biology at Imperial College London. “Our research shows that stress due to the mother’s relationship with her partner can be particularly damaging. We want fathers visiting our exhibit to see how they can help with the development of their child even before the birth, by helping their partner to stay happy.”

It was stated that during pregnancy lowering one’s stress may perhaps put a stop to the child’s risk of experiencing a number of mental-problems. To be precise, the stress hormone cortisol is believed to be one of the ways through which the unborn child may be influenced by its mothers stress and anxiety.

These experts have explained that the placenta often shields the fetus from the mother’s cortisol hormone. This protection evidently takes place by the production of an enzyme which possibly breaks down the cortisol hormone. However the effectiveness of this enzyme may be affected when the mother is constantly stressed. This in turn may lead to the flow of the cortisol hormone into the placenta. In fact the experts have also noted that the higher the level of cortisol in the womb, the lower may be the child’s cognitive development at the age of 18 months.

These experts are hopeful that by creating awareness about this issue, they may be able to prevent many families from facing this criterion.

This exhibit is believed to run from 30th June to 4th July.