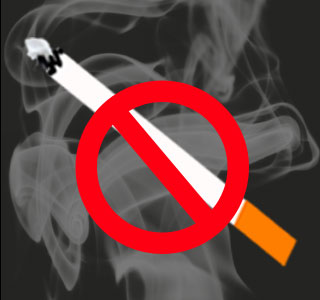 Numerous efforts are been made worldwide to shield and prevent children from tobacco exposure. To be precise, according to new statistics around 70% of UK adults may support this act by placing tobacco products out of sight in shops, and around 76% seem to support eliminating cigarette vending machines. These ratios were put forth on the 2nd anniversary of the smoking ban in England, by the experts from the Cancer Research UK.

The statistics obtained for the present analysis were believed to have been acquired through an online survey conducted by YouGov. Evidently out of more than 2,000 people who were noted to have been questioned in the UK, around 80% of them seemed to support the smoking ban placed in its clubs, pubs and enclosed public places.

“Smokefree laws have been a real success – not only in protecting UK workers from secondhand smoke but also in helping smokers to quit. These results show there’s huge public support for the new measures to protect young people from tobacco marketing,” says Elspeth Lee, head of tobacco control, Cancer Research UK. “Stopping the next generation from becoming smokers is a priority if we are to prevent more deaths from a product that has already caused far too many deaths. The public want this and research has shown that future generations will demand it.”

More so, other reports also seemed to reveal that following the 2007 smoking ban in England, there appeared to be a significant decline in the rate of smoking for almost 9 months. These smoking trends were notably gauged by the Smoking Toolkit Study. This is noted to be a monthly series of national household surveys with smokers and also follows the present smokers as well as ex-smokers for about 6 months. By tallying the smoking trends before and after the ban, the experts could succeed in verifying the precise number of people who had quit smoking.

“The smoke-free law has been a huge boost to smokers trying to quit, but radical action is now needed to build on this success,” says Professor Robert West, lead author of the Smoking Toolkit Study, and Cancer Research UK’s director of tobacco studies at the Health behavior Research Centre at UCL.

Smoking may be attributed for almost 90% of the deaths caused due to lung cancer. In 2005, tobacco smoking has been estimated to be responsible for almost 30% of the cancer-related deaths in the UK. Apart from lung cancer, smoking could also increase a person’s risk of developing cancers of the liver, pancreas, kidney, stomach, lower urinary tract etc.