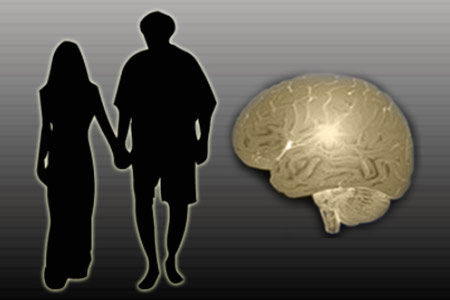 Being married protects you against Alzheimer’s in later life, claim study experts. According to a latest study, people who live alone may have double the risk of developing dementia and Alzheimer’s disease in later years in contrast to married or cohabiting counterparts. This study was performed by Miia Kivipelto from Karolinska Institute.

Dementia is believed to have become an increasing health concern as life expectancy seems to be increasing in various parts of the world. It was estimated that in 2005 nearly 25 million people had dementia however the number is likely to reach 81.1 million by 2040.

For the purpose of the study, experts interviewed at random, a group of men and women out of nearly 2000 adults. The members seem to have come from two regions in Eastern Finland. They were noted to have been surveyed twice, first at about 50 years of age and subsequently around 21 years later. They were then classified into the following groups: married/cohabitant, single, divorced or widowed.

In addition, experts also studied whether there was a connection between living alone and being a carrier of the apolipoprotein E e4 gene variation (or allele). Apparently, this allele is known to be well-identified as a genetic risk factor for Alzheimer’s disease.

The findings of the study revealed that people living alone during middle age appear to have a higher susceptibility of developing brain disorders in later life as compared to those staying with a partner. Also people who have become widowed in later ages of life may be more prone to develop dementia.

Further the findings stated that people who continued to live alone even after losing their partners and were carriers of apolipoprotein E e4 gene variant appear to have the maximum risk of developing Alzheimer’s disease.

Kivipelto has stated that people who are widowed or divorced in middle age seem to have higher chances of developing dementia. Numerous studies claim that having a partner is good for health and prolonged life. However this study is supposedly the foremost one that focuses on marital status and the risk of dementia.

Evidently, these findings are essential for preventing dementia and Alzheimer’s disease. Kivipelto has elucidated that they can now in an enhanced way assist individuals who have lost a partner.

This study has been published online on the British Medical Journal website.