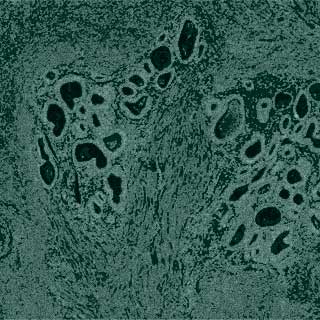 In comparison to conventional drugs, Chinese herbal medicines may prove to be more beneficial in the treatment of endometriosis. These Chinese herbs were believed to have benefited women post their laparoscopic surgery, more effectively than the conventional drugs. This revelation was made in a systematic review conducted by Cochrane researchers.

Endometriosis is noted to be a gynecological disorder in women, where their endometrial cells are deposited outside the uterine cavity. This disorder is believed to usually occur in women during their reproductive years. Women with this condition may experience menstruation problems, pelvic pain, and infertility.

Evidently, treating this condition even with surgery may not guarantee a long-term relief from its related symptoms. Apart from this, medications may also result in adverse side effects like acne, weight gain and hot flashes among others.

The presently conducted research is believed to be the first systematic review to have been conducted in English language on the use of Chinese herbal medicines for the treatment of endometriosis. Two trails, which were conducted on almost 160 women, were notably incorporated in this review.

In the first trial, Chinese herbal medicines seemed to benefit the subjects more than the gestrinone hormonal drug. The herbs seemed to provide symptomatic relief as against the latter drug; however the Chinese herbs were noted to result in lesser side effects in the patients. On the other hand, in the second trial Chinese herbs were found to not only be more effective but also had lesser side effects than the danazol hormonal drug.

Lead researcher, Andrew Flower of the Complementary Medicine Research Unit at the University of Southampton in the UK, explains that, “These findings suggest that Chinese herbs may be just as effective as certain conventional drug treatments for women suffering from endometriosis, but at present we don’t have enough evidence to generalize the results.”

Seemingly more than 100 evaluations were originally considered to be included in the review; however they had to be re-considered because of poor methodological quality. For this purpose, these experts have laid emphasis on the need for Chinese experts to adopt more rigorous techniques of conducting and reporting evaluations. Since, poor methodological quality may have the tendency to mystify and affect the quality of work done in assessing Chinese herbal medicine.

Can bone marrow be promptly restored after damage by leukemia treatment?