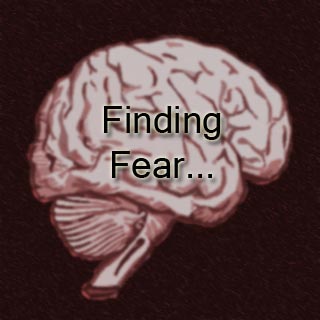 Fear is a powerful sentiment which all of us experience some time or the other. Neuroscientists are now believed to have located the neurons accountable for fear conditioning in the mammalian brain. The co-authors of the study are Sabiha Barot, who completed her doctoral studies and Jeansok Kim, an associate professor of psychology, Ain Chung, a doctoral student. They are all from the University of Washington (UW).

Apparently, fear conditioning is a model system for understanding phobias in human, post-traumatic stress disorder and other anxiety disorders. It is believed to be a type of Pavlovian or associative learning. This appears to be a fundamental form of learning across the animal kingdom. In addition, it is frequently used in studying how brain circuits could modify as an outcome of experience.

UW experts were believed to have recognized the basolateral nucleus inside the region of the brain called the amygdala. Evidently, fear conditioning was programmed in the amygdala. They could recognize the amygdala with the aid of an imaging technique. This technique allowed them to trace the process of neural activation in the brains of rats.

Earlier, neuroscientists were of the opinion that both the amygdala and the dorsal hippocampus regions of the brain were the location where signals get associated as soon as the fear memories were produced. Corresponding author of the novel study and a UW professor of psychology, Ilene Bernstein, stated that the novel study, however, signifies that the function of the hippocampus was to process and spread information about conditioned stimuli to the amygdala.

“People have phobias that often are set off by cues from something bad that happened to them, such as being scared by a snake or being in a dark alley. So they develop an anxiety disorder,” further says Bernstein.

Supposedly, UW neuroscientists in their previous researches observed that in taste aversion, neurons that were crucial to how mammals learn from experience were located in the amygdala. For the purpose of the research, experts took four groups of rats and placed individual rodents inside a chamber for half an hour. Three of the groups had never seen the chamber previously.

It was observed that when the first group of control rats were positioned in the chamber, they moved around, became inactive and some fell asleep. The second group consisting of delayed shock rats also explored the chamber became less active. After 26 minutes they were believed to be given an electric shock through the floor of the chamber. It seems that the third group adjusted to the chamber by a series of earlier ten visits and then went through the same procedure as the delayed shock rats. The final group was shocked immediately upon being introduced inside the chamber.

Evidently, the next day the rats were individually returned to the chamber. Researchers detected freezing behavior in them. Freezing, or not moving, appears to be the most ordinary behavioral evaluation of fear in rodents. The only rats that displayed healthy freezing were the second group who received the delayed shock in a chamber which was unknown to them.

“We didn’t know if we could delay the shock for 26 minutes and get a fear reaction after just one trial. I thought it would be impossible to do this with fear conditioning. This allowed us to ask where information converged in the brain,” says Bernstein.

Further, they repeated the process, but later killed the rats. They then took sections of the brains and used Arc catfish which is an imaging technique. This permitted them to follow the pattern of neural activation in the animals.

It was apparently observed that only the delayed shock group displayed evidence of converging activation from the conditioned stimulus i.e. the chamber and the unconditioned stimulus i.e. the shock. The research showed that the rats could get a long-term fear when a new situation is paired with a shock 26 minutes later. This however did not appear to occur when a familiar situation was matched with a shock.

Thus, this new research aims at comprehending the region of the brain that gets together, conditioned and unconditioned stimuli when fear memories are being formed.

The study has been published in PLoS One, a journal of the Public Library of Science.