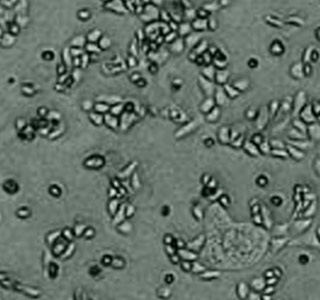 A team of experts are believed to be in the midst of testing an investigational drug which may lead to more effective treatments for recurrent ovarian cancer. This new type of chemotherapy is presumed to have the ability to target specific ovarian cancerous cells, and also have lesser side effects. This phase-2 clinical trial is being led by W. Edward Richards, MD, gynecologic-oncologist/surgeon and director of women’s cancer for University of Cincinnati Physicians and University Hospital.

Standard-of-care for ovarian cancer notably involves the removal of as much of the abdominal/pelvic tumor as possible. Following this, the treatment involves the use of a two-drug platinum-based chemotherapy regimen to clear out the remaining cancer cells.

Often patients with stage-3 and stage-4 of this cancer may experience a relapse within a period of six months after receiving treatment; which evidently reduces the effectiveness of the chemotherapy treatment in curbing cancer replication.

For the study the experts are noted to be in need of patients with ovarian, fallopian tube or peritoneal cancer, which has spread in less than 6 months post their 1st and 2nd treatment with a platinum-based chemotherapy drug. Before their treatment commences, all these subjects will apparently have to undergo imaging scans, so that their disease’s response to the treatment may be monitored.

These subjects will then randomly be divided into two groups. One group will receive a combination of standard second-line chemotherapy (doxorubicin liposomal) and the investigational EC145 drug; while the second group will only receive the standard second-line chemotherapy minus the investigational EC145 drug.

Since cells (normal and cancerous) apparently need folic acid or vitamin folate to function, the experts believe that they can trick the cancerous cells in absorbing EC145. EC145 chemotherapy agent is evidently bound to folic acid in order to trick the tumor cells in thinking that it is folate alone.

Richards elucidates, “Once the drug is absorbed into the cell, it will link the anti-cancer agent to the cancer cell and should result in targeted cancer cell death. If this proves effective in the clinic, it would allow us to deliver highly targeted chemotherapy to the affected tissues without causing damage to healthy cells.”

It is further stated that, bettering the effect of cancer therapies may not only lower side effects but also aid in improving the patient’s chances of survival and improve their quality of life.

fMRI probably anticipates outcome of talk therapy in kids with an...