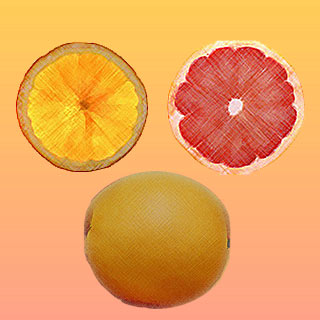 The consumption of fruits is long known to have beneficial health effects. It seems that flavonoid derived from citrus fruits may prove to be effective in curbing weight gain and the symptoms of metabolic syndrome, which could later increase heart-related risks and also lead to Type 2 diabetes. This revelation was made by the experts from The University of Western Ontario.

Flavonoid is stated to be a plant-based bioactive molecule. For the purpose of the study, these investigators were believed to have examined the naringenin flavonoid. Apparently, these experts tested the effect of this flavonoid on two groups of mice. Both the groups of mice were noted to have been fed with a high-fat diet, in order to bring about the symptoms of metabolic syndrome. However, unlike the first group of mice, the second group of mice was evidently also given naringenin.

It was observed that this particular flavonoid seemed to have the ability to reverse the acceleration in cholesterol and triglyceride and also curbed the growth of insulin resistance. Apart from this it was also observed that this flavonoid also seemed to normalize the glucose metabolism. Naringenin was allegedly found to act by genetically manipulating the liver to burn up additional fat instead of storing and accumulating it.

Lead investigator, Murray Huff of the Robarts Research Institute at The University of Western Ontario, explains, “Furthermore, the marked obesity that develops in these mice was completely prevented by naringenin.”

Huff continues, “What was unique about the study was that the effects were independent of caloric intake, meaning the mice ate exactly the same amount of food and the same amount of fat. There was no suppression of appetite or decreased food intake, which are often the basis of strategies to reduce weight gain and its metabolic consequences.”

It was noted that although grapefruit was long back associated with weight loss diets; the levels of flavonoids examined here were believed to be greater in quantity than the level derived from dietary components.

Huff elucidates, “We are examining the pharmacological properties of naringenin. The next step is to find out if naringenin prevents heart disease in animal models and to explore the feasibility of clinical trials to determine its safety and efficacy in humans.”

This particular study apparently only examined the preventative properties of naringenin. However Huff is believed to be in the midst of verifying the potential possibility of this flavonoid in treating obesity and various other existing metabolic issues.

These findings have been presented online in Diabetes journal.