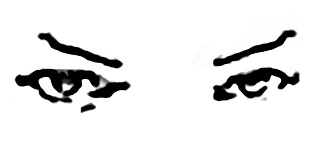 According to a latest study, implantable lenses made from a collagen-like substance may be successful in providing a stable correction of moderate to high myopia, or more commonly known as nearsightedness. This claim was made by Kazutaka Kamiya, MD, PhD, of the University of Kitasato School of Medicine, Kanagawa, Japan and colleagues.

For the purpose of testing the long-term benefits of this procedure, more than 50 middle-aged patients were assessed, who had undergone an implantation of the collagen copolymer lens. Following which, a follow-up in the form of post-operative examinations was also conducted after 1, 3, 6, 12, 24 and 48 months.

“Laser-assisted in-situ keratomileusis (LASIK) has gained widespread popularity as a safe and effective surgical method for the correction of myopia, but patients with high [severe] myopia or thin corneas face some restrictions in avoiding the risk of developing keratectasia [a weakening of the cornea],” explain the investigators.

In order to overcome this obstacle, an implantable lens consisting of a biocompatible collagen copolymer was noted to have been developed by these investigators. This newly developed lens was observed to have succeeded in rectifying moderate to severe vision problems in the subjects.

Apparently, this procedure is reversible and unlike LASIK, the lens is also believed to be interchangeable. Having said this, they have also pointed out the cons of this procedure. It seems that with time there may be an elevation in complications like the loss of cells lining the eye and glaucoma, and the formation of cataracts.

These experts explain that, “results were good in all measures of safety, efficacy, predictability and stability for the correction of high myopia throughout the four-year follow-up.”

It seems that this may presumably be the longest study to have examined the refractive outcomes and the ill effects of the collagen copolymer lens implantation for nearsightedness.

The study investigators conclude by saying that, “In addition, no vision-threatening complications occurred throughout the follow-up period.”

These findings are believed to indicate that collagen copolymer lens implantation may prove to be an effective way of treating moderate to high nearsightedness.

This study has been published in the issue of Archives of Ophthalmology, one of the journals of JAMA/Archives.