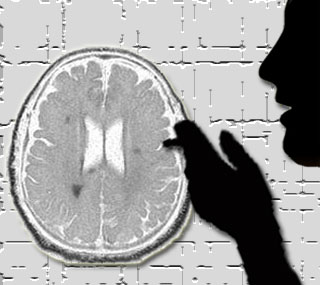 We all know the hazards of smoking. Currently, study experts put forward that the deadly habit seems to cause a more quick progression of multiple sclerosis (MS) in patients.

The background information of the study states that cigarette smokers are noted to have higher risks of developing MS. However, the effect of smoking on the growth of MS continues to be unclear.

For the purpose of the study, Brian C. Healy, Ph.D., of Brigham and Women’s Hospital, Harvard Medical School and Massachusetts General Hospital, Boston, along with his colleagues were believed to have examined 1,465 patients with MS.

Apparently, the average age of the participants was 42 years and they had MS for nearly 9.4 years. Their progression was evaluated through medical characteristics as well as with magnetic resonance imaging (MRI). This evaluation was done repeatedly on an average of 3.29 years. It was estimated that, out of the total number of patients, approximately 53.2 percent had never smoked, 29.2 percent had smoked in the past and 17.5 percent were current smokers.

During follow-up, 7 non-smokers seemed to have begun smoking and 57 current smokers quit. Supposedly, at the beginning of the study, current smokers had considerably more severe disease. They appeared to show ailments mainly on disability scales and also at the time of the analysis of MRI factors. In addition, they had a higher possibility of acquiring primary progressive MS. This MS is characterized by a steady decline, instead of relapsing-remitting MS which seems to involve alternating periods of attacks and symptom-free periods.

Furthermore a group of 891 patients were assessed over time in order to evaluate the changing rate from relapsing-remitting MS to secondary progressive MS. For an average period of about 3.34 years, 72 patients seemed to have experienced this progression. These patients were a blend of 20 of 154 smokers, 20 of 237 ex-smokers, and 32 of 500 never-smokers.

Study authors stated that, “The conversion from relapsing-remitting MS to secondary progressive MS occurred faster in current smokers compared with never-smokers but was similar in ex-smokers and never-smokers.”

They noted that an undesirable effect of smoking on the progression of MS may perhaps be constant with previous research.

“Other chemicals in smoke (e.g., nicotine) can compromise the blood-brain barrier or have immunomodulatory effects. Cigarette smoke increases the frequency and duration of respiratory infections, which have been linked to risk of MS and to the occurrence of MS relapses,” say study authors. “In conclusion, the results of this large and in part prospective investigation support the hypothesis that cigarette smoking has an adverse effect on progression of MS as measured by clinical and MRI outcomes. Although causality remains to be proved, these findings suggest that patients with MS who quit smoking may not only reduce their risk of smoking-related diseases but also delay the progression of MS.”

Evidently, the constituents of cigarette smoke are believed to have adverse effects on the brain and neural tissue. For example, cyanides appear to be associated with the damage of nerve cells’ myelin coating in animals. Myelin coating of the nerve cells has been noted to be a distinctive feature of MS.

This study has been published in the Archives of Neurology, one of the JAMA/Archives journals.

Gender link between parents and children play an essential role in...