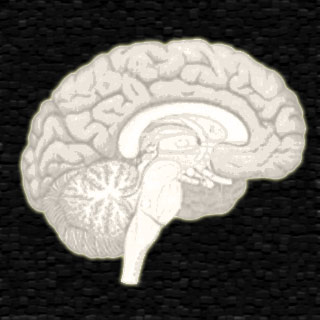 The human brain is a very fascinating organ. It is believed to adjust very well to the changing demands even during adulthood. However, MIT neuroscientists have recently found proof of the brains’ ability to change with unidentified speed. Supposedly, their findings suggest that the brain has a network of silent connections which influences its plasticity.

The susceptibility of the brain to identify these connections could assist in elucidating the curious phenomenon of ‘referred sensations.’ These sensations are felt in the missing limbs of a person with an amputated arm when he or she is touched on the face.

Scientists claim that this occurs because the part of the brain which usually collects input from the arm begins ‘referring’ to the signals. Apparently, these signals arrive from a nearby brain area that receives information from the face.

“We found these referred sensations in the visual cortex, too. When we temporarily deprived part of the visual cortex from receiving input, subjects reported seeing squares distorted as rectangles. We were surprised to find these referred visual sensations happening as fast as we could measure, within two seconds,” said senior author Nancy Kanwisher of the McGovern Institute for Brain Research at MIT, referring to the study findings.

Several scientists were of the opinion that this reorganized response to sensory information reveals that there appears to be a growth of new connections or rewiring in the brain.

“But these distortions happened too quickly to result from structural changes in the cortex. So we think the connections were already there but were silent, and that the brain is constantly recalibrating the connections through short-term plasticity mechanisms,” elucidates Kanwisher.

Lead author and a postdoctoral researcher in Kanwisher’s lab, Daniel Dilks, initially founded the square-to-rectangle deformation in a patient who experienced an attack that deprived a portion of his visual cortex from receiving input.

It was observed that the stroke brought to existence a blind region in his field of vision. Evidently, when a square object was placed outside this blind region, the patient identified it as a rectangle stretching into the blind area. This was due to the deprived neurons which seemed to have now responded to a nearby part of the visual field.

Dilks said that, “But the patient’s cortex had been deprived of visual information for a long time, so we did not know how quickly the adult visual cortex could change following deprivation. To find out, we took advantage of the natural blind spot in each eye, using a simple perceptual test in healthy volunteers with normal vision.”

Since the retina is devoid of photoreceptors where the optic nerve leaves the eye, blind spots seem to arise. As a result the visual cortex receives no stimulation from that end. People are unable to perceive their blind spots because the left eye visualizes what is in the right eye’s blind area, and vice versa. Also, even when one eye is closed, people are unaware of a gap in their visual field.

It is only with the assistance of the perceptual test that a blind spot can be revealed. This test is believed to involve covering one eye and moving an object in the direction of the blind spot until it ‘disappears’ from sight.

“So the visual cortex changes its response almost immediately to sensory deprivation and to new input. Our study shows the stunning ability of the brain to adapt to moment-to-moment changes in experience even in adulthood,” elucidates Kanwisher.\

Dilks along with his colleagues seemed to have used this test in order to see how quickly the subjects began to perceive shape distortions, after the cortex was deprived of information. They put forth rectangles of various sizes just outside the subjects’ blind spot and requested the subjects to judge the height and width at different time levels after one eye was patched.

The subjects perceived the rectangles extending just two seconds soon after their eye was covered. When the eye patch was taken off, the distortions disappeared as quickly as they had appeared.

The study will be published in the July 15 issue of the Journal of Neuroscience.