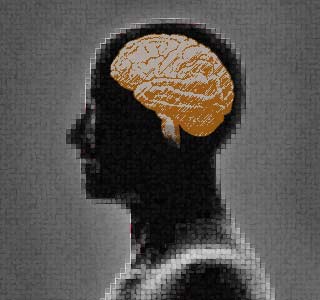 In order to keep up with today’s world, people have to multi-task on a daily basis, be it on a professional front or personal. Now, it seems that training increases the brain’s processing speed and also boosts the person’s ability to multitask. This research was conducted by Vanderbilt University.

These researchers were noted to have specially trained 7 people, in order to determine the changes taking place in the brain when there is an improvement in the efficiency of multitasking. These people were believed to have been trained daily on 2 simple tasks for about 14 days. The tasks were to select a particular finger response to different images, and selecting a certain vocal response (syllables) to the presentation of different sounds. These two tasks were apparently done together or separately. Through functional magnetic resonance, the brains of these people were notable scanned whenever they performed the tasks.

“We found that a key limitation to efficient multitasking is the speed with which our prefrontal cortex processes information, and that this speed can be drastically increased through training and practice. Specifically, we found that with training, the ‘thinking’ regions of our brain become very fast at doing each task, thereby quickly freeing them up to take on other tasks,” says researcher, Paul E. Dux, a former research fellow at Vanderbilt, presently a faculty member at the University of Queensland, Brisbane, Australia.

Apparently, it was observed that before practice the subjects seemed to slow down a little when performing both the tasks together. However, after their training and practice sessions, these participants improved their performance not only while doing the tasks separately, but also when doing them together. Thus, they had notably become efficient multitaskers.

Researcher, René Marois, associate professor of psychology, Vanderbilt University explains by saying that, “Our results imply that the fundamental reason we are lousy multitaskers is because our brains process each task slowly, creating a bottleneck at the central stage of decision making. Practice enables our brain to process each task more quickly through this bottleneck, speeding up performance overall.”

Another astounding revelation that was made was that even after practice and training, the brain does not actually perform both the tasks together. The brain still processes one task at a time, but it consumes lesser amount of time in doing so. Infact, the brain is believed to process the task so fast that it looks like the person is performing two tasks simultaneously.

This research was published in Neuron.