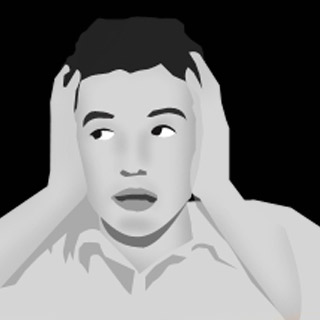 According to a latest study, maximum children suffering from chronic headache may outgrow this immobilizing condition. With passing years, most of the children experiencing such headaches were noted to gain freedom from it, with only a small percentage of them still suffering with it.

It has been estimated that almost 1.5% of middle school children may be suffering from chronic headaches. Seemingly, migraine history was believed to increase a child’s risk of experiencing daily chronic headaches even in early adulthood. In contrast to this, children below the age of 13, those who overused pain medications and those suffering from this condition for more than 2 years were believed to have a greater chance of having higher headache frequency 8 years down the line.

For the purpose of the study, the experts analyzed more than 120 middle school children aging between 12 and 14. All these children were believed to be suffering from daily chronic headaches. Experiencing 15 or more headache days per month, where each headache lasts for 2 or more hours per day were noted to be the characteristics of chronic daily headache.

Study investigator, Shuu-Jiun Wang, MD, of the Taipei Veterans General Hospital and National Yang-Ming University School of Medicine, Taipei, Taiwan, says, “Our results suggest there is hope for children who experience these headaches and for their parents, who also deal with the frustration and considerable disability that this condition can bring. Over time, most of these children get better, eventually having less frequent migraine headaches as young adults.”

Following a period of one year, it was noticed that more than half of these children no longer experienced chronic daily headaches. While, after a period of 2 years, it was noted that almost 75% of the children no longer faced these headache symptoms. Apparently, 8 years down the line, only about 12% of these children still reported of experiencing the symptoms of chronic daily headache.

Wang explains, “Parents and children should be prepared for the possibility that while chronic daily headache may get better over time, headaches in general may never fully go away, but for most children the headaches are much less frequent when they become young adults.”

More so, it was also stated that after 8 years, around 11% of these children no longer faced headache symptoms. Evidently, ¾ of the children were believed to be suffering from episodic migraine or probable migraine.

These findings have been presented online in Neurology, which is the medical journal of the American Academy of Neurology.