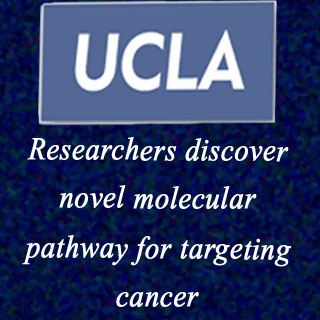 UCLA experts seem to have identified a method to turn off an input indicating the pathway involved in physiological processes. These processes could additionally stimulate the growth of cancer and other diseases. Supposedly, the findings may lead to novel treatments and targeted drugs for cancer.

Scientists were believed to have discovered that by activating a receptor in cells called the liver X receptor (LXR), they were able to control the hedgehog (Hh) signaling pathway. This Hh pathway seems to be occupied in the preservation of tissue integrity and stem cell generation. However, when the Hh pathway gets stimulated in an unregulated manner, it could cause cancers of the lung, brain, blood, prostate, skin and other tissues.

Experts were of the opinion that obstructing this unregulated stimulation of the Hh pathway had earlier been revealed in animal studies in order to prevent cancers. It was previously not known as to how LXR could inhibit development of tumor cell by impeding the Hh pathway.

“Our finding shows that activation of LXR signaling is a novel strategy for inhibiting Hh pathway activity and for targeting various cell types, including cancer cells, which may provide important clues as to how we might be able to intervene with tumor formation,” says Farhad Parhami, a professor of medicine at the David Geffen School of Medicine at UCLA and the research’s chief investigator.

For the purpose of the research, experts performed a variety of tests which seemed to activate LXR receptors in cells. Apparently, they found that specific gene expression brought by the Hh pathway could be reduced. These findings were also believed to have been confirmed on mice.

Parhami stated that, “Since Hh signaling plays a major role in other physiological and pathological processes; we may be able to impact other diseases as well.”

An expert on Hh signaling in cancer development, Dr. William Matsui of Johns Hopkins Medical Institute noted the significance of the UCLA research and its consequence for the subsequent stages of the research. This was considered in order to find a pharmaceutical drug or substance molecule to act as an agonist, which could thereby stimulate LXR activity to inhibit irregular Hh signaling.

Matsui elucidated that, “The hedgehog Hh signaling pathway is an important regulator of tumor formation, and these findings suggest that LXR agonists may be novel treatments for a wide variety of human cancers.”

Apparently, experts were of the belief that the use of this novel treatment pathway could have wide applications in the field of cancer.

“This discovery identifies an entirely new and unexpected mechanism of hedgehog pathway modulation. This has great potential in offering other options, because current hedgehog pathway inhibitors have severe side effects which preclude their use in many cancer patients, especially children,” says author of the research Dr. James A. Waschek, an expert on Hh signaling in brain tumor development and a professor of psychiatry and biobehavioral sciences at the David Geffen School of Medicine at UCLA.

Waschek also noted that this discovery may perhaps reveal novel details on how Hh signifies inside the cell, which at present appears to be weakly understood. Allegedly, the subsequent stage of these findings might focus on activating the LXR pathway by utilizing various pharmacological molecules in order to hinder tumor formation.

It was believed that the team has begun a medicinal chemistry program in order to design and test small molecules which activate the LXR pathway. This is carried out by keeping away the undesirable effects that may be caused when LXR seems to be activated in liver tissues.

This research has been published in the online edition of the journal Molecular Endocrinology.