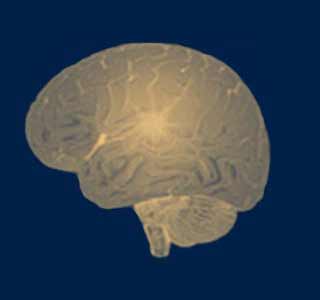 According to a very interesting research, training the brain may be just as effective as training muscles in order to prevent anterior cruciate ligament knee injuries. For this purpose, experts suggest a focus on prevention- based athletic training programs from the present performance- based athletic training programs. This research was conducted by the experts from the University of Michigan.

The anterior cruciate ligament (ACL) is stated to be one of the four vital knee ligaments. Such injuries to the ACL are believed to be a great cause of concern for people, as well as an economic strain on the medical system.

For the purpose of better understanding this criterion, these researchers were noted to have examined ACL injuries in subjects, who were asked to perform one-legged squats to fatigue. The reactions of these subjects were then evidently tested on numerous types of movement and jumping commands. It was observed that, apart from the fatigued leg even the other leg showed equally dangerous and potentially injurious responses. Apparently, it was noted that the subjects showed potentially harmful changes in lower body movements, which if performed incorrectly could cause ACL tears.

McLean further stated that most of the analysis conducted on ACL injuries mainly focus below the waist in a controlled lab setting; however the present research has also glanced at the role of the brain in such circumstances. Evidently, these findings could be of great help for training programs.

McLean and his team, in a similar manner, again made few subjects work their legs to fatigue and tested their single leg landings, in a related paper. Although both men and women are known to suffer from ACL injuries, while playing the same sport women are believed to have an 8 fold greater risk of tearing this ligament as compared to men.

Again, these findings were noted to have indicated towards the crucial role played by the brain. The subjects were allegedly prompted with unsuspected commands, with flashing light hinting them to jump in a particular direction. However it was noticed that the intensity of their tiredness determined their accurate and quick response to these cues. The more tired they were, the less likely they were able to react accurately to these commands.

Supposedly, these findings have suggested that training the brain on how to react to unexpected stimuli may help in improving anticipatory skills when faced with such unexpected situations. This is believed to be more beneficial to them, than undergoing rote training exercises in a controlled laboratory setting. This technique may presumably reduce their likelihood of a potentially harmful response.

These findings have been presented online in the British Journal of Sports Medicine.