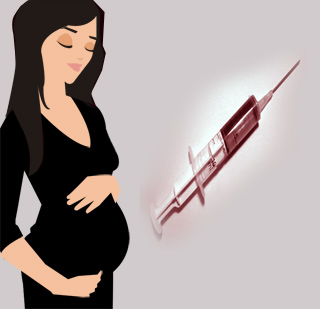 Here’s some piece of news that may particularly interest women who plan to undergo Cesarean section. According to Mayo Clinic experts, children who are exposed to anesthesia during C-section may not be at an advanced risk for learning disabilities in later years in contrast to children who seem to have been delivered normally.

They discovered that the use of anesthesia during delivery apparently was harmless to the baby. Also, babies who were delivered by Cesarean via an epidural anesthetic seem to have considerably lesser risk for learning disabilities later on. Epidural anesthetic is known to numb merely the lower region of the body and does not induce sleep on the patient.

“We found that the incidence of learning disabilities was equal between children who were delivered vaginally and those who were delivered via C-section but with general anesthesia. It’s reassuring that the anesthetics required for Cesarean delivery do not appear to cause long-term brain problems,” says Juraj Sprung, M.D., Ph.D., Mayo Clinic anesthesiologist who led the study.

For the purpose of the study, experts collected data from the Rochester Epidemiology Project. They examined the medical reports of nearly 5,320 children who were born between 1976 and 1982 to mothers living in Olmsted County. Supposedly, they evaluated birth records with academic achievement and IQ tests which were given to the children later in life as part of their learning.

The study seems to have taken assistance from an earlier project that was reported in March. According to this study, children who were given a single dose of anesthesia during their formative years of life seemed to have displayed no increased risk for learning disabilities. However those who were exposed multiple times appear to have greater chances of developing learning disabilities in later years.

The main thrust of these two studies was that prolonged exposure to anesthetics may result in brain abnormalities in young animals. Allegedly, scientists were of the opinion that the brains of young animals and humans are more susceptible to a variety of problems as they undergo rapid development. In addition, the brain seems to form fundamental connections between cells during their rapid growth.

Dr. Sprung further stated that, “The risk was reduced by about 40 percent compared to children delivered vaginally and those delivered via Cesarean section but with general anesthesia.”

Study co-author and Mayo Clinic anesthesiologist Randall Flick, M.D., advises that since this study is a prelude, changes to medical practice should not be considered at this point.

“What we’ve found is an association between two things. One is the way a child was delivered, either vaginally or under regional or general anesthesia. The other is a difference in the incidence of learning disabilities as the child attended school. It’s important to recognize there may be many other factors that impact learning disabilities,” says Dr. Flick.

Experts are examining whether the use of an epidural on a mother during natural labor seem to have similar effects on the occurrence of learning disabilities in children as compared to a C-section with an epidural.

Dr. Flick stated that the team is also working with the U.S. Food and Drug Administration (FDA) on a related study. Supposedly, this study examines young children with specific medical conditions at a personal level who have been exposed to anesthesia. It seems to have compared them to children with similar medical conditions who were not exposed to anesthesia.

The findings of the study have been published in the journal Anesthesiology.