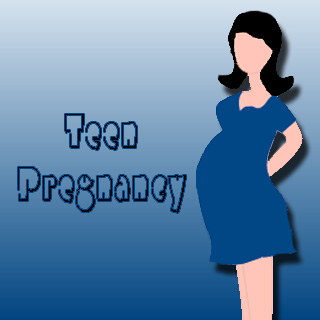 Teenage mothers are often noted to experience a lot of psychological stress during their life span. However, unlike common belief emotional distress was found to originate before their pregnancy, and not because of it. This astounding revelation was made by Stefanie Mollborn, PhD, assistant professor of sociology, Institute of Behavioral Science of the University of Colorado, Boulder; along with others.

These experts were noted to have withdrawn data from two previously conducted large U.S. surveys on a huge number of teen girls and women. These subjects were noted to have answered certain questions on depression-related symptoms. They were seemingly asked questions like how easily they could get themselves out of a low or blue moment, or did they have difficulty concentrating, or how often they found certain things to be troubling which were earlier not considered troublesome.

Notably existing distress and low economic status were found to be good predictors of teen pregnancy. Although earlier analyzes on the topic were found to have revealed high levels of depression among teen mothers; the verification about the presence of distress before pregnancy and tensions of young motherhood may not have been ventured that often.

“Psychologically distressed girls are at risk for teen childbearing and vice versa, even if the two things usually do not cause each other. This could help educators and clinicians identify at-risk adolescents,” says Mollborn.

Diane Merritt, MD, director of Pediatrics and Adolescent Gynecology, Washington University School of Medicine, St. Louis, suggests that looking for depression and distress symptoms should possibly be included in routine health screenings for all teenagers. More so, the vital key was to talk with them and discuss topics like responsible behavior and sexuality. In case of a sexually active teenager, responsible behavior would be the use of birth control.

It was stated that teen pregnancy may be avoided by maintaining long term goals and having a good self-esteem. Greater levels of depression during pregnancy may not only affect the mother but also the child. More so, greater level of psychological stress in the women who had teenage pregnancies was believed to extend in their adulthood as well.

These findings were published in the Journal of Health and Social Behavior.