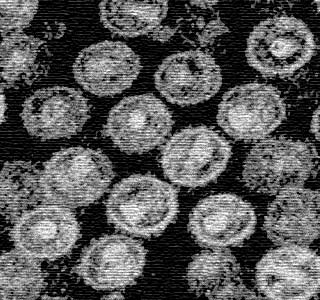 An attempt has been made by health care professionals to prevent the development of sexually transmitted diseases like herpes and HIV. For this purpose vaccines are been developed which may soon be made available to college students. But not much is known about whether these students may be willing to accept these vaccines when they are available.

Now, a newly conducted research has shown that students who feel invincible or impregnable against physical damage may not opt for these HIV vaccines; while those feeling invulnerable to psychological harm may be more open to the idea of getting these vaccines. This research was conducted by Russell Ravert, a researcher from the University of Missouri.

“Previous researchers have used invulnerability measures to predict health-endangering behaviors in students, but this study is unique in that it considers the role of invulnerability in students’ health-protective or preventative behaviors,” says Ravert, also an assistant professor in the MU College of Human Environmental Sciences.

Here, two invincible factors were notably taken into consideration; psychological and danger. It was observed that the students who psychologically felt invulnerable had a greater likelihood of accepting an HIV vaccine. The psychological invulnerability of such students, who didn’t care what others thought, may protect them from the possible stigma that may be linked with getting such a vaccine.

In contrast to this, it was stated that students with greater danger invulnerability may have the idea that they are immune to any kind of physical damage. People falling in this category may most often reject taking such a vaccine. The reason for this may be because of their feeling of danger immunity they may not feel very threatened, which could further result in reduced protective behaviors.

Ravert elucidates, “It is important to determine what factors are associated with vaccine acceptance because not all students will be willing to take vaccines. Efforts to promote vaccines should consider that students who aren’t worried about being harmed are less likely to get the vaccine, even when it’s warranted by their sexual behavior.”

The strongest predictor for vaccine acceptance was noted to be the students’ perceived vulnerability to the disease. This was followed by their number of sexual partners and cost of the vaccine.

These findings were published in the American Journal of Health Behavior.