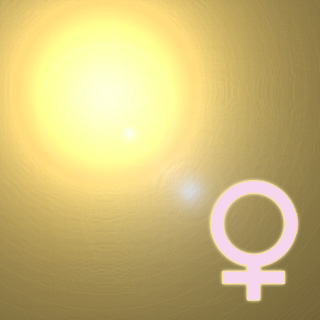 It is already known that excessive exposure to sunlight could be detrimental to one’s health. Now a newly conducted study has gone so far as to state that ultraviolet radiation from sunlight may be traced to the onset of autoimmune diseases, especially in women. This study was conducted by the investigators from the National Institute of Environmental Health Sciences (NIEHS), part of the National Institutes of Health.

This is stated to be the first study of its kind to have assessed and found a potential link between UV radiation and autoimmune diseases in women. Although women are believed to be more prone to the development of this disease as compared to men, the reason behind this disparity is not yet very clear. It is presumed that perhaps certain inherent differences in the way men and women respond to UV radiation may explain the onset of certain autoimmune diseases.

“This study found that women who lived in areas with higher levels of UV exposure when they developed an autoimmune muscle disease called myositis were more likely to develop the form known as dermatomyositis, which weakens the muscles and causes distinctive rashes, instead of the form called polymyositis that does not have a rash. Although we have not shown a direct cause and effect link between UV exposure and this particular autoimmune disease, this study confirms the association between UV levels and the frequency of dermatomyositis that we found in a previous investigation,” says Frederick W. Miller, MD, PhD, chief of the Environmental Autoimmunity Group, Program of Clinical Research, at NIEHS.

Notably, Dr. Miller observed that various other experts had shown that female mice, after been exposed to UV radiation, seemed to be more susceptible to the development of skin inflammations than male mice. These observations were believed to be associated with the latest findings in dermatomyositis.

This study was stated to have been designed in order to verify the alleged link between the level of UV exposure and the development of diseases, and the type of antibodies and myositis that these people develop. The two major forms of myositis, that are considered autoimmune diseases, are noted to be polymyositis and dermatomyositis.

“Patients with autoimmune diseases make a variety of autoantibodies that are unique to different conditions. One autoantibody specifically associated with dermatomyositis is called the anti-Mi-2 autoantibody and we know from our previous research that UV radiation increases levels of the Mi-2 protein that this autoantibody binds to,” explains Miller.

However, a more detailed analysis is needed to better evaluate and determine the alleged association between UV radiation and the onset of autoantibodies and autoimmune diseases in women.

The study has been published in the issue of Arthritis & Rheumatism.