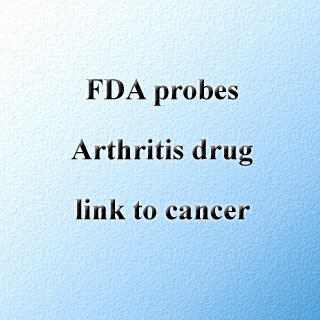 The U.S. Food and Drug Administration (FDA) seem to be calling for stronger warnings for a category of drugs called as TNF blockers which are prescribed to children. These drugs were taken by them in order to treat inflammatory diseases. Supposedly, these diseases include juvenile rheumatoid arthritis, the inflammatory bowel disorder, Crohn’s disease, and various inflammatory diseases.

The warnings were believed to include an efficient boxed warning. This boxed warning seems to emphasize the higher susceptibility of development of cancer in children and adolescents.

TNF blockers were known to target and deactivate tumor necrosis factor-alpha (TNF-α). Evidently, TNF-α-a is a protein which when overproduced inside the body could cause inflammation and harm the bones, cartilage and tissue. Over production of the protein occurs mainly due to chronic inflammatory diseases. Evidently, the popular drugs in this class which were covered by the FDA warning include Remicade, Enbrel, Humira, Cimzia and Simponi.

The findings of the study revealed that children and adolescents who were treated with TNF-blockers seemed to have showed an increased risk of cancer. Allegedly, cancer occurred nearly after 30 months of treatment. It was noted that approximately half of the cancers were lymphomas which is a type of cancer involving cells of the immune system. Also, some of the cancers which were reported seemed to be very critical.

Furthermore, the FDA is believed to be working with manufacturers in order to find novel methods to identify the risk of cancer in children and adolescents who appear to be using these drugs. Additional required updates to the prescribing information were known to include mixture of reports of psoriasis which seems to be associated with the use of TNF blockers.