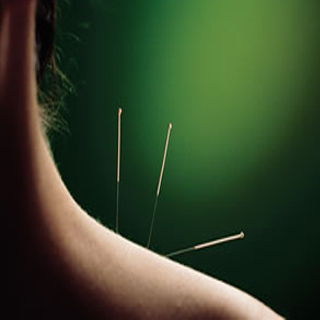 Acupuncture has been used in East-Asian medicine for nearly thousands of years in order to treat pain. Apparently, conditions may possibly be treated by activating the body’s natural painkillers. However, how it works at the cellular level is mostly unknown.

A University of Michigan study is known to be the foremost one to present confirmation that traditional Chinese acupuncture seems to influence the brain’s long-term ability to regulate pain. The data which they provided was carried out with the help of brain imaging.

To better understand this criterion, researchers examined nearly 20 women who seemed to have been diagnosed with fibromyalgia. Fibromyalgia is known to be a chronic pain condition and that patients were suffering from it for approximately one year. In this condition the patient experiences pain about half of the time.

At the time of analysis, women agreed to not consuming any new medicines for their fibromyalgia pain. In addition, patients were given position emission tomography (PET) scans of the brain during their first treatment. This treatment was then repeated a month later after the eight treatment.

During the analysis, researchers showed acupuncture increased the binding availability of mu-opoid receptors (MOR) in regions of the brain particularly in the cingulate, insula, caudate, thalamus and amygdala. Supposedly, MOR region processes and reduces pain signals. Researchers were from the U-M Chronic Pain and Fatigue Research Center.

Opioid painkillers, such as morphine, codeine and other medicines are believed to function by binding to these opioid receptors inside the brain and spinal cord.

“The increased binding availability of these receptors was associated with reductions in pain,” says Richard E. Harris, Ph.D., researcher at the U-M Chronic Pain and Fatigue Research Center and a research assistant professor of anesthesiology at the U-M Medical School.

Harris elucidated that one repercussion of this research is that patients with chronic pain treated with acupuncture may perhaps be able to be more responsive to opioid pills. This is because the receptors seem to have more binding accessibility.

Harris further stated that, “Interestingly both acupuncture and sham acupuncture groups had similar reductions in clinical pain. But the mechanisms leading to pain relief are distinctly different.”

The research findings could possibly encourage a novel path in the field of acupuncture research. In spite of the recent debates over huge studies which demonstrated that sham acupuncture appears to be as effective as real acupuncture in reducing chronic pain.

The findings will be soon published online in the Journal of NeuroImage.