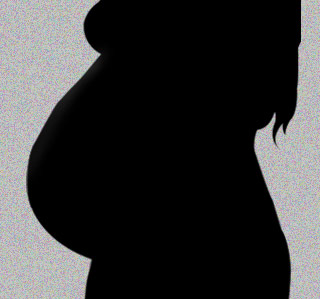 Pregnant women who are apprehensive of exercising could probably start doing so now. Exercise during pregnancy is apparently healthy for both the mom and child. A new study suggests that pregnant women should start an exercise program as they seem to benefit from it.

Experts associated with this novel study steer that physicians should recommend low to moderate levels of exercise to their pregnant patients. This, experts say should be followed even if the mother may have not exercised before pregnancy. Capt. DeMaio, M.D., M.C., U.S.N., Research Director, collaborated with Capt. Everett Magann, M.D., M.C. U.S.N., Chairman in the Department of Obstetrics and Gynecology, both at the Naval Medical Center, Portsmouth, Virginia to put forth this analysis.

Scientists are of the opinion that that exercise is not only important during pregnancy, but could also allow women to kick start a fitness program that could help them in the long run. If this review article is to be believed then exercise strengthens and improves overall musculoskeletal and physiologic health. Besides helping pregnancy related symptoms, exercise like aerobics, impact and non-impact activities along with resistance training and swimming could also aid them.

These exercises, experts suggest ease back and other musculoskeletal pain, lower maternal blood pressure, reduce swelling and improve post-partum mood, including sadness. The study author suggests the data reveals that a pregnant woman’s body can apparently compensate for the changes. Supposedly low to moderate intensity exercise may not harm to the fetus.

“It is important to remember that pregnancy is a temporary condition, not a disease, and that the musculoskeletal and physiologic changes that happen are normal in the majority of patients,” said Dr. DeMaio. “When a woman becomes pregnant, she often re-evaluates her lifestyle. She is motivated in a new way to deliver a healthy baby, and be healthy herself.”

These new findings seem to contradict what some physicians have recommended in the past. In the 1990s, there appeared to be a concern that exercise could have adverse effects on a pregnant woman and her fetus. The concerns in earlier times mainly focused on normal changes associated with musculoskeletal health that occurs during pregnancy. It included increased ligament laxity, weight gain and change in the center of gravity.

Many physicians in current times also seem to continue the pattern by advising pregnant patients to go easy on exercise or refrain from it altogether. This is particularly recommended for women who have not yet made exercise part of their lifestyle. However Dr. DeMaio advises physicians to suggest pregnant women to exercise. Pregnant women in the prenatal, postnatal, older age group, obese, infertile and athletic category should be recommended low to moderate exercise according to this study.

This report is published in the August 2009 issue of the Journal of the American Academy of Orthopaedic Surgeons (JAAOS).