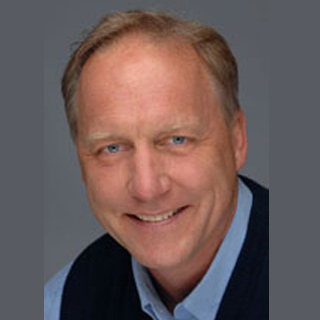 According to a latest study, a newborn’s risk for brain and spinal-cord defects increases if the mother has low blood levels of the nutrient choline at the time of pregnancy. This study was put forth by experts from the Stanford University School of Medicine.

Choline is known to be an essential nutrient found in egg yolks, soy, wheat germ and meats. In addition, it is the only nutrient measured with whose blood levels appears to be associated to risk of neural tube defects.

It was estimated that neural tube defects have become less frequent since the 1996 decision to fortify the U.S. food supply with folic acid. Supposedly, folic acid is a B-vitamin shown to prevent the defects, however they have not disappeared. Shaw claimed that nearly 500 pregnancies every year are affected by neural tube defects in California alone.

For the purpose of better understanding this criterion, scientists used a group of approximately 180,000 blood samples from pregnant California women between 2003 and 2005. Apparently, these blood samples were collected in order to examine risk factors for two neural tube birth defects (NTD) namely anencephaly and spina bifida. Anencephaly is a defect in which the spinal-cord malformation causes paralysis and lifelong disability whereas spina bifida is a lethal condition in which the brain and skull do not develop.

Lead author of the study, Gary Shaw, Dr.P.H, professor of neonatology stated that, “Families whose infants die or suffer permanent disability from NTDs still feel the burden of these defects. We’re keen on understanding what risk factors explain the continued disease.”

Allegedly, this study targeted a group of nutrients that were suspected to encourage brain and spinal-cord development. In early pregnancy, a sealed tube appears to form along the embryo’s back which later grows into the brain and spinal cord. However, neural tube defects seem to occur if the tube does not close properly.

Experts seemed to have recognized about 80 pregnancies which were affected by neural tube defects. Also, their blood samples were believed to have been compared to 409 samples. Supposedly, these samples were randomly selected from among the women whose infants had no structural birth defects. Also, they measured blood levels of 13 of these nutrients in two groups of women who took part in California’s prenatal birth-defect screening program.

Scientists examined previous analysis on folic acid and drew an opinion that the development of the neural tube may possibly depend on a particular biochemical pathway. Allegedly, this pathway requires numerous vitamins and essential nutrients in order to function properly.

It was believed that a previous study by Shaw’s group demonstrated that consumption of choline-rich foods was associated with lower risk for neural tube defects. However, this is the primary study to have evaluated blood levels of choline and NTD risk.

She further added, “You can’t change an individual’s genetic predisposition to these defects. But nutrition components to NTD risk are ripe for therapy.”

Shaw concluded by saying that for women who want to become pregnant, ‘the best source for choline is still eating a variety of foods.’ In addition, women of reproductive age should follow U.S. Public Health Service recommendations. Apparently, these recommendations state the consumption of a multivitamin which contains other nutrients earlier shown to promote healthy pregnancies. Presently, prenatal multivitamins were believed to contain little or no choline.

Shaw stated that potential research seems to be required in order to examine blood choline levels in early pregnancy. Furthermore, researchers will need to test whether choline supplements given in early pregnancy appears to decrease the rates of neural tube defects.

This study has been published in the journal, Epidemiology.