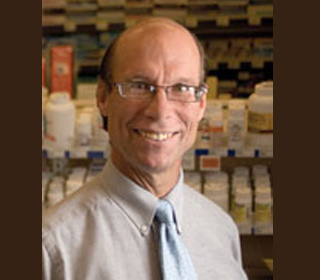 The labeling information that comes with prescription drugs tells us what’s identified about the medicine. However researchers from the Stanford University School of Medicine were of the opinion that it’s high time that the labeling tell us what is not known.

The researchers want the U.S. Food and Drug Administration (FDA) to require drug manufacturers to state new medicines in comparison to similar existing treatments. In many cases, these statements signified that there seems to be no evidence that a novel drug could be more effective in contrast to older ones.

Researchers claimed that this information would perhaps make patients and health-care insurers less prone to pay for newer treatments without proof which they lead to enhanced patient outcomes. In addition, it would stimulate drug and medical-device companies to design more informative clinical trials in order to examine a new product’s superiority over existing therapies.

“Drug and device manufacturers benefit from an unacknowledged information gap that develops as more and more products are tested against placebo, but not each other,” says Randall Stafford, MD, PhD, associate professor of medicine at the Stanford Prevention Research Center and the lead author of the latest essay which states that FDA requires additional informative labeling of novel drugs and medical devices.

Furthermore, the researchers noted that the FDA doesn’t need additional statements concerning how a novel drug or device is evaluated with existing treatments. However, as an alternative, treatments are plainly needed in order to function better as compared to a placebo devoid of harmful side effects.

Stafford further added, “The problem is that the public, including physicians, often view FDA approval as constituting more than it does. There’s an inherent tendency for physicians and patients to want the newest thing and to assume that newer and more expensive means better, although this is often not the case.”

Supposedly, researchers stated that it would be fine if the novel drugs were of the same price as those already on the market. However, the essay claimed that novel therapies ‘are almost always more costly than previously approved treatments, particularly so when existing drugs are available in generic form.’

The public’s enthusiasm for the latest drugs may perhaps be restricted if patients understood that new treatments aren’t essentially more effective as compared to the existing ones.

This essay has been published in the New England Journal of Medicine.