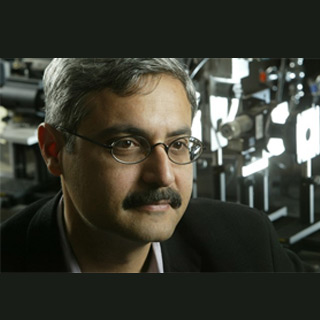 A latest technique for connecting a huge protective polymer molecule to a protein seems to improve protein drugs considerably. Bioengineers at Duke University developed a novel approach and demonstrated in an animal model that the newly created protein-polymer arrangements seem to have remained in circulation significantly longer in contrast to an unprotected protein. These latest protein-polymer combinations are known as conjugates.

Supposedly, original proteins which are injected into the blood are quickly recognized by the body and are broken down or cleared by the body’s defense system. This activity seems to limit proteins effectiveness as drugs.

However, in order to overcome this difficulty, drug makers are observed to have been attaching another molecule to the protein thereby protecting it. Apparently, this extra molecule is a polymer known as polyethyleneglycol (PEG). But this approach seems to have its own shortcomings.

Protein-based drugs appear to be an increasingly essential new set of drugs reveals Ashutosh Chilkoti, Theo Pilkington Professor of Biomedical Engineering at Duke’s Pratt School of Engineering . He was noted to have mentioned instances such as insulin for the treatment of diabetes and more exotic ‘magic bullet’ antibodies like herceptin which are used in order to treat certain cancers.

“The current method of combining the two molecules often only works with 10 to 20 percent efficiency, so that a lot of the very expensive starting materials are wasted. Additionally, the two large molecules are attached by a small chemical link and often these linkages can occur at many different sites on the protein, so the final product is poorly defined,” says Chilkoti.

For the purpose of the research, Chilkoti took a different approach. Instead of combining two large molecules, he was known to have grown the polymer out from the protein itself. It was estimated that this increased the efficiency of the protein by more than 70 percent. In addition, it significantly extended the amount of time it remained active inside a living model.

Chilkoti further elucidated that, “We also addressed the problem of getting a pure and well-defined product by growing the polymer from a single, unique site on the protein. Another twist to our work is that instead of using PEG, we used a somewhat different polymer that turns out to be as good and perhaps even better than PEG in extending circulation of the protein in the body.”

Chilkoti claimed that in their experiments, they utilized myoglobin, a protein which is responsible for creating the red pigments that provide meat its color. Further, researchers were noted to have selected a certain spot on the protein known as the N-terminus, instead of forming a chemical bond between myoglobin and the polymer. Later, they grew the polymer from that particular location. This method could perhaps be broadly useful since every protein contains an N-terminus.

After having demonstrated, they could possibly be able to create a stable compound with the help of this novel method. Researchers examined how well it functioned by comparing its actions to the conventional compound in mice.

“The conventional compound – myoglobin – had a half-life of three minutes and was totally eliminated by two hours. By contrast, the new compound had a half-life 40 times greater and remained in circulation for 18 hours. The longer a protein remains in the system and is active, the more it helps the patient,” explains Chilkoti.

“The dramatic improvement in how the new compound acted encourages us that this new approach will have broad applications in improving the efficacy of many protein drugs,” continues Chilkoti.

Chilkoti stated that another benefit of this approach is that the polymer may have to be naturally degraded inside the body over time and it could be easily excreted.

“Because the compound is biodegradable, we should in principle be able to make even larger protein-polymer combinations with potentially even better pharmacologic properties,” continues Chilkoti.

Researchers claimed that they are confident that their findings may perhaps signify a novel strategy thereby improving the efficiency of protein drugs.

In order to identify if their invention could improve effectiveness of the protein drug and decrease its undesirable toxic effects, researchers plan to relate it to other protein-based therapies, such as for cancer and diabetes.

The findings of the research have been published in the Proceedings of the National Academy of Sciences.