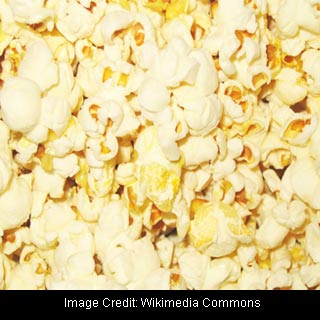 The saying ‘Eat Breakfast like a king’ may just be right. A latest research supposedly claims that snack foods like popcorn and other breakfast cereals contain a lot of healthful antioxidant substances known as ‘polyphenols’.

Fruits and vegetables and foods like chocolate, wine, coffee and tea have apparently become prominent for their impending role in decreasing the threat of heart disease, cancer and other diseases. This seems to be mainly due to polyphenols.

Joe Vinson, Ph.D., who headed the new research, remarked “Early researchers thought the fiber was the active ingredient for these benefits in whole grains, the reason why they may reduce the risk of cancer and coronary heart disease. But recently, polyphenols emerged as potentially more important. Breakfast cereals, pasta, crackers, and salty snacks constitute over 66 percent of whole grain intake in the U.S. diet.”

It was apparently not known until now that whole grain cereals and snack foods which were considered healthy thanks to their fiber content were also a source of polyphenols.

This research was reported at the 238th National Meeting of the American Chemical Society (ACS) by the scientists.