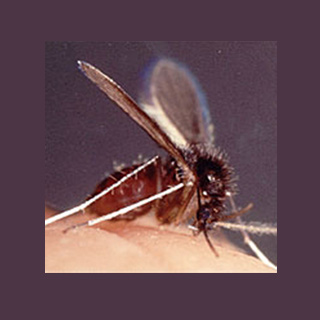 The parasites which cause leishmaniasis seem to make use of a peculiar trick in order to influence the immune system to effectively invite them into cells for dinner. Atleast this is what the latest research claims. This research was carried out by the researchers from Imperial College London.

Leishmania parasites are known to have spread by sand flies. It was believed that soon after the parasites infect a sand fly, they make a sticky gel so that when the fly bites a human, it regurgitates this gel into the body. According to this latest research, the gel seems to influence immune cells in order to feed the parasites instead of killing them. Immune cells are also known as macrophages.

Leishmaniasis appears to be an infection caused by Leishmania parasites which affects approximately 12 million people every year. It mainly affects people residing in tropical and sub-tropical countries.

Symptoms of this infection include blemishes and painful skin ulcers. Furthermore, in severe cases it could perhaps also spread to the internal organs. Patients with the infection usually suffer from social exclusion because of their disfigurement.

It was observed that presently there is no vaccine to protect against infection and although treatments seem to be available, they are not always effective. Also, access to drugs appears to be restricted in many areas.

Supposedly, Leishmania-infected sand flies carry the parasites in their midgut. The parasites were noted to have produced a gel which turns into a plug thereby stopping anything from passing in or out of the fly’s gut. The fly may be able to regurgitate the gel plug before it could feed on human blood. When the fly bites a person, its pointed mouth parts may possibly tear the skin so that when it regurgitates parasites along with the gel plug, the skin seems to become infected.

According to this research, the gel’s work doesn’t stop there. The gel seems to assist the parasites to establish an infection by persuading macrophages to the bite site.

Macrophages are observed to have usually killed the invading pathogens by eating and digesting them. However, according to a different novel research, the gel might influence macrophages in order to engulf the parasites and feed them instead of digesting them. This seems to occur within the first few days following infection which enables the parasites in order to establish themselves and infect the skin.

Apparently, earlier research has suggested that the sand fly’s saliva could be involved in manipulating the immune system. However, this latest research claimed that the gel may perhaps have an even larger effect in contrast to the saliva while initiating infection.

Lead author of the study from the Division of Investigative Science at Imperial College London, Dr Matthew Rogers stated that, “Leishmaniasis is a very debilitating disease, yet we know comparatively little about the way the parasites are transmitted by sand flies. This is because when scientists study the disease they usually inject the parasite into tissues without including the gel or the sand fly’s saliva. Our new research shows that we must consider the way the parasites enter the body – along with the gel and saliva – if we are to recreate infection and get an accurate picture of what is going on.

The researchers also discovered that PSG seemed to have influenced macrophages to feed, rather than kill the parasites. Allegedly, when macrophages wanted to kill a pathogen, they produced nitric oxide. However, the researchers’ experiments revealed that PSG appears to influence the immune cells in order to produce food in the form of polyamines, for the parasites instead.

“Our new research shows that Leishmania parasites are very cunning – they make their own gel to control the human immune system so they can establish a skin infection. There is more work to be done here – our previous work in mice has suggested that injecting a synthetic version of the gel into people might provide them with some protection against infection and we would like to explore this further,” elucidates Dr Rogers.

Finally, they examined at the effect of PSG on parasite survival in vitro. Supposedly, they infected macrophage cells with Leishmania parasites with and without PSG.

The findings revealed that more parasites seemed to have survived in the first two days following infection when PSG was added. Also, the proportion of both the infected cells and the number of parasites in the cells appears to have increased by nearly 8-fold with PSG. It was observed that the parasite infection refused after 48 hours in cells both with and without PSG. Allegedly, this suggested an early window of time in which PSG assists the parasites in order to establish an infection.

Thus, researchers were of the opinion that their findings may perhaps improve understanding of the way Leishmania parasites establish an infection. In addition, these parasites might be able to assist in the investigation for a vaccine against this neglected tropical disease.

The findings of the research have been published in the Public Library of Science, Pathogens.