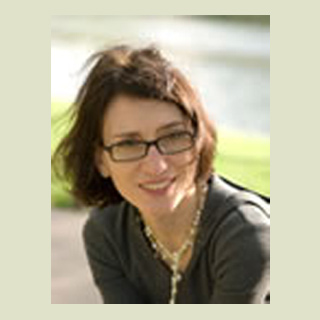 Parkinson’s disease is known to have been caused by the deterioration of neurons in the midbrain. However, the mechanisms which lead to the loss of these neurons appear to be mainly unidentified. According to a latest research, approximately ten percent of cases seemed to have been caused by defects in supposed Parkinson-associated genes.

Researchers under associate Professor Dr. Konstanze Winklhofer and Professor Christian Haass from the LMU Munich revealed their novel results which might perhaps join both phenomena, demonstrating the two Parkinson genes which maintain the function of mitochondria. Mitochondria which are known as the cellular powerhouses also seem to play a crucial role.

It was estimated that nearly four million individuals suffer from Parkinson’s disease across the world.

“Diseases like Parkinson’s where at least some cases are unambiguously related to the dysfunction of specific genes offer a promising research opportunity. When we understand the function of these genes, we can learn a lot about the causes of the disease, its progress and possible new therapies,” elucidates lead associate professor and biochemist Dr. Konstanze Winklhofer.

Apparently, this neurodegenerative disorder is distinguished by rigid muscles, uncontrollable tremor and decreasing or may even result in loss of voluntary movements. Furthermore, it is known to have been caused by the death of nerve cells inside a midbrain area called substantia nigra.

Supposedly, these neurons secrete dopamine, a neurotransmitter which is involved in the control of movements. Thus, a loss of dopamine-producing neurons could possibly result in a dis-balance in the regulation of movements.

“Functionally impaired mitochondria have been recognized to trigger Parkinson’s disease already in the early eighties,” says Dr. Konstanze Winklhofer, an associate professor at the Adolf-Butenandt Institute of the Ludwig-Maximilians-Universitat (LMU) in Munich.

During the early eighties, these mitochondria were discovered by accident apparently revealing that mitochondrial toxins could stimulate Parkinson’s disease. The significance of mitochondria to the loss of neurons seems reasonable, since mitochondria may perhaps supply the cells with energy in form of adenosine triphosphate. In addition, it seems to play a considerable role in the regulation of cell death.

It was observed that the researchers’ results now combined both observations on a genetic basis. The findings revealed that the Parkinson-associated genes PINK1 and Parkin appear to functionally interact in order to maintain mitochondrial function. Also, loss of Parkin or PINK1 function may possibly impair the morphology and activity of mitochondria. Later, mitochondria were noted to produce less adenosine triphosphate.

Winklhofer further stated that, “Our results also confirm the high neuroprotective potential of Parkin. We observed that Parkin can compensate a loss of PINK1 function, but not the other way round.” Previously, Winklhofer along with her colleagues seems to have shown that Parkin could perhaps be able to protect neurons under various stress conditions.

Researchers were of the opinion that insight into the function of Parkinson-associated genes could perhaps assist them in identifying novel targets for therapeutic strategies. These strategies would thereby prevent or halt the loss of dopamine-producing neurons.

Until now, six Parkinson-associated genes are noted to have been known whose functions remain to be elucidated in detail. Scientists have made noteworthy steps forward in the case of Parkin and PINK1. Currently, they aim at uncovering the molecular mechanisms of their functions.

Till today, there is seems to be no prevention or cure for Parkinson’s disease. The entire pharmacological approaches seem to be merely symptomatic and also aims at restoring the neurotransmitter dopamine.

The findings of the research have been published on 21 August 2009 in the Journal of Biological Chemistry.