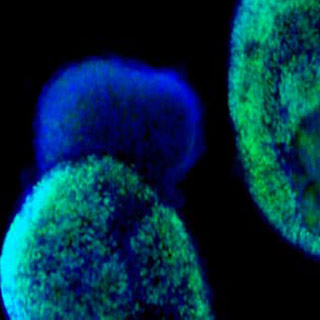 According to the latest research from the School of Medicine and Public Health, scientists successfully grew multiple kinds of retina cells from two types of stem cells. It is proposed that in the future apparently damaged retinas could be repaired by cells grown from the patient’s own skin. This discovery may lead to genetically linked eye conditions, testing new drugs to treat those conditions and understanding the development of the human eye.

“This is an important step forward for us, as it not only confirms that multiple retinal cells can be derived from human iPS cells using the Wisconsin approach, but also shows how similar the process is to normal human retinal development. That is quite remarkable given that the starting cell is so different from a retinal cell and the whole process takes place in a plastic dish. We continue to be amazed at how deep we can probe into these early events and find that they mimic those found in developing retinas. Perhaps this is the way to close the gap between what we know about building a retina in mice, frogs and flies with that of humans,” commented David Gamm who led the Waisman Center and is an assistant professor of ophthalmology and visual sciences.

Gamm mentioned that at UW-Madison, the work is built on the strong tradition of stem cell research. In November 2007, James Thomson, a School of Medicine and Public Health faculty member and director of regenerative medicine at the Morgridge Institute for Research on the UW-Madison campus declared that he had made human stem cells from skin known as induced pluripotent stem (iPS cells).

One among the first to create neural cells from embryonic stem cells was Su-Chun Zhang, UW-Madison professor of anatomy and a Waisman researcher. He was also part of Gamm lab’s retinal research. Meyer mentioned that the retina project started by using embryonic stem cells but included the iPS cells as they became available.

Eventually, the group was able to develop several types of retina cells starting with either type of stem cell, beginning with a highly improved population of very primitive cells with the possibility to become retina. This is important, as it decreases contamination from unwanted cells early in the process.

Embryonic stem cells start to separate into more specialized cell types about five types after fertilization in normal human development. The retina develops from a group of cells that occur during the most primitive stages of the developing nervous system. The Wisconsin team took cells from skin, turned them back into cells similar to embryonic stem cells and activated the development of retinal cell types.

Meyer commented “This is one of the most comprehensive demonstrations of a cell-based system for studying all of the key events that lead to the generation of specialized neural cells. It could serve as a foundation for unlocking the mechanisms that produce human retinal cells.”

They anticipate this progress to lead to studying retinal development in length and treating conditions that are linked through heredity as the group was apparently successful in using the iPS cells. For instance, skin from a patient with retinitis pigmentosa could be reprogrammed into iPS cells and then retina cells which would permit researchers to monitor large numbers of probable drugs for treating the condition.

Ophthalmologists may one day be able to mend the damage to the retina by developing rescue of repair cells from the skin of the patient. Earlier this year, scientists from the University of Washington showed that human ES cells supposedly had the possibility to restore retinal cells lost during disease in mice.

Meyer remarked “We’re able to produce significant numbers of photoreceptor cells and other retinal cell types using our system, which are lost in many disorders.”

As an electrical signal to the brain, photoreceptors are light-sensitive cells that absorb light and transmit the image.

In creating the multiple specialized types of retina cells from embryonic stem cells, the team had a similar success, highlighting the resemblance between ES and iPS cells. But Gamm accentuated that there are differences between these cell types as well. To understand their potential and differences, they claim more work is needed.

This research was published in the August issue of Proceedings of the National Academy of Sciences.