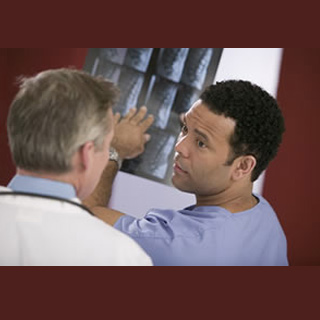 In our previous article, a latest study claimed the greater risk involved from radiation exposure. Adding to it, a latest study claims that many types of medical imaging procedures seem to expose patients to ionizing radiation which over time could perhaps accumulate in considerable doses. This study was led by a team of doctors from numerous academic medical centers including Emory University, the University of Michigan Health System and Yale University.

“We know that radiation is not benign and some people are getting high exposures,” says Reza Fazel, M.D., the lead author of the study and a cardiologist at Emory University.

In order to estimate the overall rates of exposure to radiation from medical imaging procedures, experts used data from United HealthCare on approximately 1 million individuals in five regions across the United States for over a period of three years.

Experts estimated the exposure of these individuals based on the effective dose of radiation associated with the procedure, a measure which is meant to reveal how harmful a given exposure is to the body on an average. The dosage was noted to have been measured in millisieverts. Apparently, exposure to radiation has been linked to higher rates of solid cancers and leukemia.

For the purpose of the study, levels of radiation exposure were categorized into four groups such as, low, moderate, high and very high. It was estimated that nearly eight out of every 10 adults in the study population underwent at least one imaging procedure associated with radiation exposure during the three-year study period.

Experts claimed that on average, the effective dose of radiation from these procedures seems to be 2.4 mSv each year. Thereby, it results in high overall radiation exposures in the average adult in the United States. These figures appear to have almost doubled and would have been expected from natural sources alone.

It was believed that more concerning doses that were >20 mSv per year accumulated over time were not unusual. For example, the authors stated that, if their findings appear to be generalized to the total adult population of the United States, this level of exposure may perhaps occur in over 4 million adults.

“It is important to note that we are talking about radiation doses that are incurred in one year. Cumulative doses over a lifetime may be much higher,” says study author Brahmajee K. Nallamothu, M.D., cardiologist at the U-M Cardiovascular Center and researcher at the UM/VA Patient Safety Enhancement Program.

“This becomes particularly concerning when you consider that over a third of individuals who received moderate and high effective doses were under the age of 50- because the long-term risks of developing cancer from radiation will be higher in younger individuals,” further adds Nallamothu.

Harlan Krumholz, M.D., a study author and cardiologist at Yale stated that, “We do not want to scare people or have them refuse needed imaging procedures because of this work. However, people need to be sure that there is value in the testing because it costs both in terms of dollars and radiation exposure.”

One of the key findings of the study was that radiation exposure from medical imaging seemed to have increased with advancing age and was higher in women. It was estimated that CT and nuclear imaging scans accounted for about three quarters of the overall radiation exposure in the study. In addition, approximately 80 percent of the radiation exposure seems to have occurred in the outpatient setting.

Fazel further said that, “Raising both physician and patient awareness regarding these issues as well as encouraging continued technological advances to lower radiation doses of procedures are the key approaches to lowering risks in patients.”

Experts were noted to have cautioned that they could not comment on indications for the imaging procedures, their appropriateness, or whether other alternative studies were available. Also, effective doses which were utilized in the study appear to have been calculated in doses which are not specific to an individual, but are estimated based on an ‘average’ individual.

Thus, experts were of the opinion that the actual absorbed dose may vary as per sex, body mass and body composition. Furthermore, radiation doses may perhaps differ by institution and the procedures in existing use. They anticipate for improved strategies in order to optimize and ensure the appropriate use of these procedures in the general population.