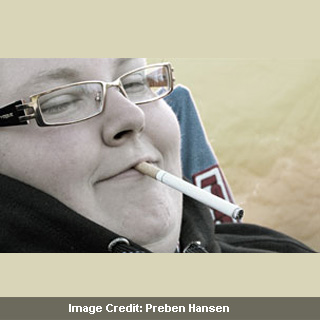 A latest study has emphasized the correlation between being overweight, smoking and breast cancer. This study is known to be unique as the test subjects were not diagnosed for BRCA1 and BRCA2 gene mutations. Supposedly, these gene mutations predispose women to breast cancer.

As an alternative, women with such gene mutations seemed to have been excluded in order to allow experts to focus on lifestyle factors such as smoking, exercise, nutrition and weight. All women who were analyzed in the study appear to have been direct ancestors of the first French migrants.

“To our knowledge, this is the first study conducted on a sample of women without BRCA1 and BRCA2 gene mutations, which are often found in French-Canadian women,” says lead author Vishnee Bissonauth, a graduate of the Université de Montreal’s Department of Nutrition and an expert at the Sainte-Justine University Hospital Research Center.

The study findings revealed that weight gain after the age of 20 seems to increase the possibility of breast cancer. For instance, if the weight gain is more than 15.5 kilos, the risk is noted to increase by an average of 68 percent.

The susceptibility for breast cancer is believed to increase depending on how late in life the weight gain occurs. For example, a woman who gains more than 10 kilos after age 30 or more than 5.5 kilos after age 40 is approximately twice as likely to experience from breast cancer in contrast to a woman whose weight is stable reveal experts associated with the study. Apparently, the risk triples if the body mass index is at its highest after the age of 50.

Experts further discovered that smoking one packet of cigarettes everyday for nine years seems to increase breast cancer risks by nearly 59 percent. The impact of smoking appears to decrease for menopausal women however remaining at 50 percent.

“Cancer is a complex disease and can be latent for several years. Therefore, it is important to work on the factors we can control and to lead a healthy lifestyle, which means watching one’s weight, avoid smoking and doing regular exercise,” continues Bissonauth.

Bissonauth was of the opinion that the correlation between smoking and breast cancer requires more analysis.

The findings of the study have been published in the Journal of Cancer Epidemiology.