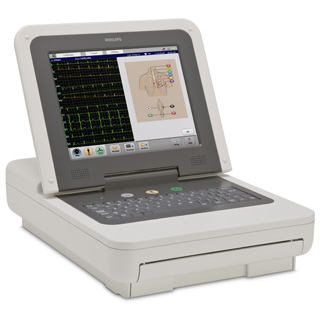 A new device known as the PageWriter TC50 cardiograph which may be used for heart disease detection has recently been unveiled by Royal Philips Electronics. This novel gadget may use gender-differentiated measures to help in the diagnosis of heart diseases in women, where symptoms may be different from men.

Across all countries in Europe, it is claimed that cardiovascular disease may be a major reason for death among women. It is estimated that about one in five European women may die from coronary heart disease every year. By 2020, the coronary heart disease among women may have risen by 120 percent from the levels of 1990. It is apparently more likely for women than men to have a second heart attack within six years of the first. Women may also have 50 percent more chances than men to die in the first year following a heart attack.

Tests for identifying coronary artery diseases have conventionally been developed and tested in men. For instance, women constitute to only about 38 percent of the participants in cardiovascular studies funded by the National Institutes of Health in the US. But women with coronary artery disease often complain of dissimilar symptoms from men and show clinical differences as well.

Apparently damage in women more often occurs in smaller blood vessels with fewer arterial blockages, a condition known as microvascular disease. As a result, more women than men with heart conditions may show normal vessels in spite of their deteriorating symptoms. Negative or ambiguous tests in women may often mean heart disease has been left untreated or could have been missed.

Earlier many diagnostic tools which may take gender differences into account have been developed by Philips. The company’s latest device is the PageWriter TC50 cardiograph which may let healthcare professionals to effortlessly and proficiently take and record ECGs i.e. tests of heart activity which may help the clinician in making an appropriate diagnosis. The PageWriter TC50’s classy analysis programme, the DXL Algorithm, uses different criteria for men and women to aid clinicians deduce cardiac symptoms. These include identifying acute global ischemia, the limitations of blood supply to large areas of the heart.

Philips is claimed to be the first company to offer healthcare professionals with comprehensive diagnostic tools which may react to recommendations by the American Heart Association, the American College of Cardiology Foundation and the Heart Rhythm Society for myocardial infarction and acute ischemia, including gender and age-specific criteria.

There will be a global launch for PageWriter TC50 at the European Society of Cardiology (ESC) Congress 2009.