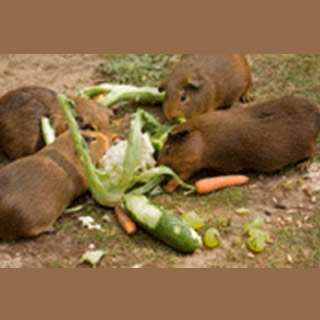 According to a latest research at LIFE – Faculty of Life Sciences at University of Copenhagen vitamin C deficiency may possibly damage the mental development of new-born babies.

The highest concentration of vitamin C appears to have been found in the neurons of the brain. However, in case of a low intake of vitamin C, the remaining vitamin supposedly retains inside the brain in order to protect this organ. Thus, the vitamin appears to be fairly important to brain activity.

For the purpose of better understanding this criterion, a group of researchers headed by Professor Jens Lykkesfeldt subjected guinea pigs to moderate vitamin C deficiency. They discovered that guinea pigs seem to have approximately 30 percent less hippocampal neurons. In addition, they were noted to have distinctly worse spatial memory as compared to guinea pigs who were given a regular diet.

Similar to guinea pigs, human beings are known to be dependent on receiving vitamin C through their diet. Lykkesfeldt therefore speculated that vitamin C deficiency in pregnant and breast-feeding women could also possibly result in impaired development in fetuses and new-born babies.

Apparently, numerous factors signify that the neonatal brain in contrast to other tissue is chiefly susceptible to even a small decrease in the vitamin C level.

Another finding has revealed that mouse fetuses which were unable to transport vitamin C seem to have developed severe brain damage. Brain damage in mouse fetuses was believed to have resembled the ones found in premature babies. Furthermore, these brain damages appear to have been linked to learning and cognitive disabilities later in life.

“We may thus be witnessing that children get learning disabilities because they have not gotten enough vitamin C in their early life. This is unbearable when it would be so easy to prevent this deficiency by giving a vitamin supplement to high-risk pregnant women and new mothers,” says Lykkesfeldt.

It is not yet identified as to what degree new-born babies in Denmark or the Western World undergo vitamin C deficiency however, a conservative estimate would be approximately 5 to 10 percent based on the incidence among adults.

At present, researchers are believed to be examining how early in pregnancy, vitamin C deficiency affects the embryonic development of guinea pigs. Also, whether the damage could possibly be reversed after birth is trying to be found.

The findings of the research have been published in The American Journal of Clinical Nutrition.