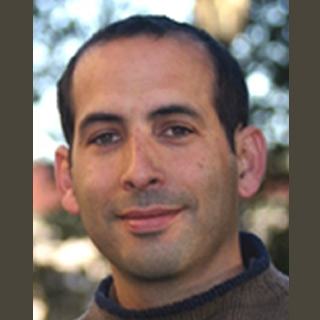 Ethan Hawke, in the science fiction movie Gattaca, is a man with ‘inferior genes’ and assumes another person’s genetic identity to escape a dead-end future. This film apparently exemplifies the apprehension spinning around today’s genome research – a dread that confidential genetic information may be used negatively against us.

Dr Eran Halperein of Tel Aviv University’s Blavatnik School of Computer Sciences and Department of Molecular Microbiology and Biotechnology along with his colleagues at the University of California in Berkeley formulated a mathematical formula that could be used to defend genetic privacy while giving researchers much of the raw data they may require to do ground-breaking medical research. This formula could keep millions of research dollars-worth of DNA information accessible to scientists.

Last year, a published paper supposedly discovered grave security holes in the way DNA data is made openly accessible. The health institutes in the United States and across the world have eradicated all genetic data from public access.

Dr. Halperin, who is also, affiliated with the International Computer Science Institute in Berkeley, commented, “We’ve developed a mathematical formula and a software solution that ensures that malicious eyes will have a very low chance to identify individuals in any study.”

The mathematical formula that Dr. Halperin’s team developed may decide which SNPs or small pieces of DNA that vary from individual to individual in the human population are supposedly available to the public without exposing information about the contribution of any individual in the study. By the means of computer software that implements the formula, the National Institutes of Health and similar institutes around the world may allocate significant research data, but keep individual identities confidential.

Dr. Halperin mentioned, “We’ve been able to determine how much of the DNA information one can reveal without compromising a person’s identity. This means the substantial effort invested in collecting this data will not have been in vain.”

The question is why the information is so vital? Genome association studies may hit upon associations in our genetic code for conditions like autism and tendency for cancer. Equipped with this information, individuals could keep away from environmental influences that might bring on disease, and scientists may develop new gene-based diagnosis and treatment tools.

Dr. Halperin and his colleagues established the statistical doubtfulness of identifying individuals even when their complete genetic series is identified after checking SNP positions in our genetic code.

Dr Halpherin remarked, “We showed that even when SNPs across the entire genome are collected from several thousand people, using our solution the ability to detect the presence of any given individual is extremely limited.”

Dr. Halperin anticipates his research will reverse the NIH policy, and he will provide access to the software so that researchers may use it to choose which genetic information may be securely loaded into a public database. He also wishes it could suppress intense disputes about DNA usage and privacy issues.

This research was published in Nature Genetics.