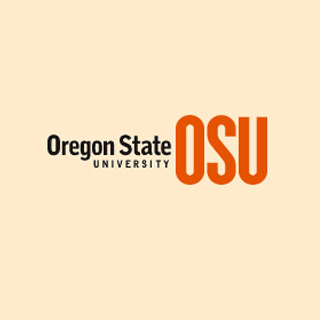 Scientists seem to be at loggerheads working day and night to find something that may help the treatment of cancer. A research conducted in the Linus Pauling Institute at the Oregon State University now claims that a few natural food components, which earlier were known for their capability to supposedly avert cancer, could play a more vital role in treating it. Conventional drugs that are used for chemotherapy and these natural components may work side-by-side.

Tom comprehend this better, experts checked the activity of chlorophyllin. It was discovered that on a dose-by-dose basis, it was approximately 10 times more powerful at causing death of colon cancer cells than hydroxyurea which is a chemotherapeutic drug usually used in cancer treatment.

Chlorophyllin apparently destroys cancer cells by obstructing the same phase of cellular division that hydroxyurea does, but supposedly by a diverse mechanism. This may imply that maybe other ‘cocktails’ of natural products might be developed to have a synergistic effect with traditional cancer drugs, assisting them to work better or needing less toxic dosages.

The researchers commented, “We conclude that chlorophyllin has the potential to be effective in the clinical setting, when used alone or in combination with currently available cancer therapeutic agents.”

The idea of merging traditional or new cancer drugs with natural compounds that may have anti-cancer properties is claimed to have a lot of potential. This is as per Rod Dashwood, professor and director of the Cancer Chemoprotection Program in the Linus Pauling Institute.

Dashwood mentioned, “Most chemotherapeutic approaches to cancer try to target cancer cells specifically and do something that slows or stops their cell growth process. We’re now identifying such mechanisms of action for natural compounds, including dietary agents. With further research we may be able to make the two approaches work together to enhance the effectiveness of cancer therapies.”

Chlorophyllin may be a water-soluble derivative of chlorophyll. Chlorophyllin is said to be economical, and animal studies plus human clinical data claim that it may be ingested at comparatively high levels without toxicity.

The researchers claim to have found that pharmacologic doses of chlorophyllin apparently caused colon cancer cells to spend more time than normal in their ‘synthesis phase’ in which DNA may be duplicated. Timing may be crucial to a variety of phases of cell growth. This interruption supposedly began a process that may eventually lead to cell death.

Particularly, the occurrence of high levels of chlorophyllin may cause a major drop in the level of ribonucleotide reductase which is an enzyme apparently decisive to DNA synthesis. This may also be the mechanism of action of hydroxyurea i.e. one drug is supposedly already being used for cancer chemotherapy.

Dashwood commented, “In cancer research right now there’s interest in approaches that can reduce ribonucleotide reductase. At the doses used in our experiments, chlorophyllin almost completely stops the activity of this enzyme.”

Dashwood mentioned that additional research may be required both in laboratory and animal studies, with an amalgamation of chlorophyllin and existing cancer drugs, before it could be suitable for human trials. Chlorophyllin, commonly, may not be absorbed properly from the human gastrointestinal tract, so it’s apparently ambiguous what levels might be required for therapeutic purposes or how well they could work.

Other dietary agents may also have a similar prospective. Work apparently published by LPI researchers in the journals Carcinogenesis and Cancer Prevention Research have supposedly investigated the role of organic selenium compounds in destroying human prostate and colon cancer cells.

In the latest studies, a form of organic selenium apparently discovered naturally in garlic and Brazil nuts was supposedly converted in cancer cells to metabolites that acted as ‘HDAC inhibitors’. This may be a promising field of research in which silenced tumor suppressor genes may be re-activated, prompting cancer cell death.

Dashwood is of the opinion that whether its HDAC inhibition leading to one manner of cancer cell growth arrest or loss of ribonucleotide reductase activity leading to another, as seen with chlorophyllin, there’s significant promise in the use of natural products for combined cancer therapies. These are areas that supposedly merit continued research.

This research was published in the International Journal of Cancer.