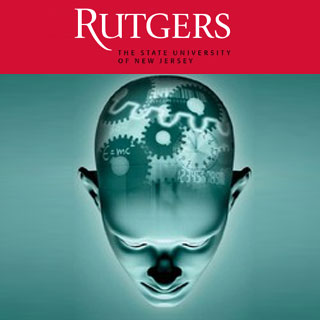 Did you know that even when we sleep, memories could be formed in our brain? Claimed by researchers from Rutgers University, Newark and Collége de France, Paris, a new research pertaining to this was performed in Collége de France, Paris. Researchers have pinpointed the mechanism that could take place during sleep which may cause learning and memory formation to arise.

It was assumed by Sigmund Freud that apparently what we learned during the day was ‘rehearsed’ by the brain during dreaming, supposedly letting memories to form. A latest research has apparently focused on the correlative associations between the hippocampus and memory consolidation, this was supposedly the definite processes that could cause long-term memories to form.

Short transient brain events known as ‘sharp wave ripples’ may be in charge of combining memory and shifting the learned information from the hippocampus to the neocortex, where long-term memories may be hoarded. This was apparently established by György Buzsaki, professor at the Center for Molecular and Behavioral Neuroscience at Rutgers University, Newark, and his co-researchers, Gabrielle Girardeau, Karim Benchenane, Sidney I. Wiener and Michaël B. Zugaro of the Collége de France.

Sharp wave ripples may be severe, compressed oscillations that may take place in the hippocampus, when the hippocampus could be working ‘off-line’ most frequently throughout stage four sleep, which, along with stage three, is said to be the deepest level of sleep.

At the time of stage four sleep, Buzaski explained, “It’s as if many instruments and members of the orchestra come together to generate a loud sound, a sound so loud that it is heard by wide areas of the neocortex. These sharp, ‘loud’ transient events occur hundreds to thousands of times during sleep and ‘teach’ the neocortex to form a long-term form of the memory, a process referred to as memory consolidation.”

Buzaski adds that the severity and supposed several happenings of those ripples may explain why particular proceedings may only occur once in the waking state but may still be remembered throughout our life.

The researchers were supposedly capable of identifying that sharp wave ripples may be the cause behind memory formation by getting rid of those ripple events in rats at the time of sleep. The rats were apparently trained in a spatial navigation tasks and then were supposedly permitted to sleep after each session. Those rats that selectively had all ripple events supposedly removed by electrical stimulation may be obstructed in their aptitude to learn from the training, as compressed information was apparently not able to depart the hippocampus and relocate to the neocortex.

Recognition of a particular brain pattern, which may be in charge of strengthening learned information could aid applied research for more efficient treatment of memory disorders.

Buzaski mentioned, “This is the first example that if a well-defined pattern of activity in the brain is reliably and selectively eliminated, it results in memory deficit; a demonstration that this specific brain pattern is the cause behind long-term memory formation.”

The research also stands for a shift towards a novel course in neuroscience research. Preceding research has basically focused on associating behavior with definite brain events through electroencephalogram, neuronal spiking and functional magnetic resonance imaging studies. Researchers may be increasingly challenging those correlations as they may request to make out the particular process or processes that could be the basis for certain events and behaviors to occur.

This research was published in Nature Neuroscience.