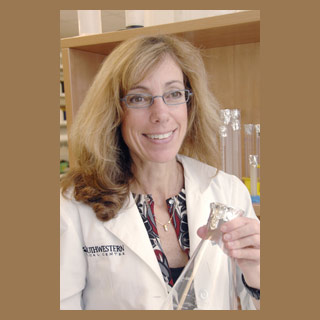 You could apparently blame your brain if you were unable to get back on track after indulging on an additional scoop of ice cream or that second burger during an important match.

A new study from UT Southwestern Medical Center claimed that fat from particular food we consume, apparently goes to the brain. Once they are there in the brain, the fat molecules apparently causes the brain to send messages to the body’s cells and warns them to disregard the appetite-suppressing signals from leptin and insulin, the hormones which are apparently occupied in weight regulation.

It was found out that one particular kind of fat i.e. palmitic acid may be predominantly useful at prompting this mechanism.

Dr. Deborah Clegg, assistant professor of internal medicine at UT Southwestern, commented, “Normally, our body is primed to say when we’ve had enough, but that doesn’t always happen when we’re eating something good. What we’ve shown in this study is that someone’s entire brain chemistry can change in a very short period of time. Our findings suggest that when you eat something high in fat, your brain gets ‘hit’ with the fatty acids, and you become resistant to insulin and leptin. Since you’re not being told by the brain to stop eating, you overeat.”

Dr. Clegg mentioned that the effect apparently lasts for three days in animals. This may explain as to why several people who indulge on Friday or Saturday are hungrier on Monday.

Although experts have known that consuming a high-fat diet may cause insulin resistance, not much has been known about the device that could activate this resistance or whether particular kinds of fat may have more chances to cause augmented insulin resistance. It may be alleged that the brain may play a part since it includes some of the fat we eat, whether it may be from healthy oils or the not-so-healthy saturated fat which could be found in butter and beef, into its structure.

Based on this doubt, the team apparently tried to separate the effects of fat on the brains of the animals. The animals were apparently exposed to fat in different ways. They apparently injected different kinds of fat directly into the brain, which may instill fat through the carotid artery or by feeding the animals through a belly tube three times a day. The animals were apparently given the same quantity of calories and fat; only the kind of fat varied. The types is said to have incorporated palmitic acid, monounsaturated fatty acid and oleic acid.

Palmitic acid is said to be a common saturated fatty acid which takes place in foods like butter, cheese, milk and beef. Oleic acid, on the other hand, is believed to be one of the most ordinary unsaturated fatty acids. Olive and grapeseed oils are thought to be rich in oleic acid.

Dr. Clegg mentioned, “We found that the palmitic acid specifically reduced the ability of leptin and insulin to activate their intracellular signaling cascades. The oleic fat did not do this. The action was very specific to palmitic acid, which is very high in foods that are rich in saturated-fat.”

Dr. Clegg is of the opinion that even though the findings are in animals, they apparently emphasize the general nutritional suggestion that people supposedly restrict their saturated fat intake.

The other major finding may be the mechanism that is apparently activated in the brain, long before there may be indications of obesity anywhere else in the body.

Dr. Clegg mentioned that the next step is to find out how much time it takes to reverse the effects of short-term contact to high-fat food completely.

This study was published in the journal of Clinical Investigation.

Urine may predict preeclampsia in a pregnant woman