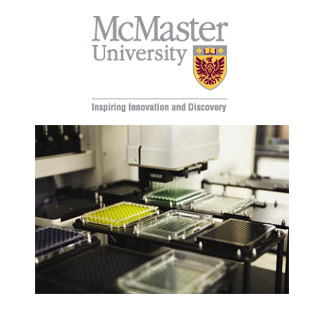 For more than a decade, antibiotic resistance has apparently been a very grave issue in hospitals and healthcare facilities. During the last 40 years, apparently only 2 classes of antibiotics have been developed, even though new treatment options are apparently required.

Researchers from McMaster University have apparently exposed a perfect opening point to develop new intrusions for resistant infections. Eric Brown, a professor and chair of the Department of Biochemistry and Biomedical Sciences, and a team of researchers from the Michael G. DeGroote Institute for Infectious Disease Research have apparently recognized a new chemical compound that may aim drug-resistant bacteria in a way unlike present antibiotics. The discovery may result in new treatments to prevail over antibiotic resistance in particular kinds of microorganisms.

The research team, which apparently integrated biochemists and chemists from McMaster University, supposedly used high-throughput screening to unearth the new class of chemical. The approach may let researchers to search for small molecules that may destroy bacteria plus observe the molecular mechanisms and pathways they exploit.

Brown commented, “We’re excited about finding a new probe of a relatively uncharted part of bacterial physiology. It’s a new way of thinking about the problem. Who knows, could this chemical become a drug? Anything’s possible. But at the very least we’ve advanced the field and created some tools that people can use now to try to better understand this pathway.”

Current antibiotics apparently kill bacteria by obstructing cell wall production, DNA or protein. The new McMaster-discovered compound, MAC13243, is said to be headed for jamming a particular step in the development of the bacteria’s cell surface, which until now has supposedly not been identified as an objective for antibiotics.

This research has been published in the September edition in the science research journal Nature Chemical Biology.