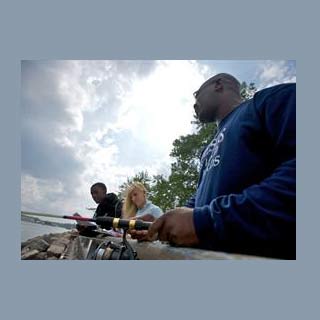 A study claims that a considerable segment of people who consume fish caught in the rivers and lakes including Lake Ontario are apparently not aware of state health advisories which caution against consumption of particular fish populations which are supposedly caught in local waterways.

A field survey which was performed along with the University of Rochester Environmental Health Sciences Center (EHSC) in affiliation with Action for a Better Community discovered that over one third of individuals who consumed the fish they caught had not seen state advisories that advocate restrictive eating of local fish as they could have high levels of potentially destructive chemicals. And about one third of those who do know about the state advisories apparently opted to ignore the information.

“Eating fish is an important part of good nutrition. Catching local fish can provide a cheap source of protein and is culturally important for many communities. Most people know that fish contains omega-3 fatty acids that help lower cholesterol levels, reduce high blood pressure, and prevent coronary artery disease. However, people also need to understand that some fish contain chemicals that can be harmful to health,” commented Katrina Korfmacher, Ph.D., assistant professor in the Department of Environmental Medicine and community outreach coordinator for the EHSC.

Depending upon the species, size, and where it was caught, fish may be unhygienic with toxins like methyl mercury, PCBs, dioxins, pesticides, and other chemicals which come form the waters of industrial, municipal, and agricultural release. Fish soaks up these chemicals from the water, floating sediments, and their food and over time they apparently hoard in their bodies.

People may be at a danger of a lot of health problems like cancer who consumes these contaminated fishes. These contaminants may be harmful for fetuses, babies or children. The state recommends that women of childbearing age and children under the age of 15 must not eat fish from lake Ontario and connecting waters

The state Departments of Health and Environmental Conservation apparently perform yearly tests of fish populations and publish health advisories which could specify, by body of water, which fish to evade or eat in restricted amount. This is posted online and included in various publications and this is given to people when they buy a fishing license. Regardless of these efforts, anecdotal proof and surveys conducted in other communities show that people may still be eating a lot of contaminated fish.

Interviews for the survey were conducted in various places like the Rochester Public Market, Greece Ponds, the Charlotte Pier, Coast Guard station in Summerville, and Irondequoit Bay. They gathered demographic information and inquired people if they ate locally-caught fish, with what regularity, and whether or not they knew about the possible health risks and the advisories. In total, about 301 community members were surveyed and around 73 anglers were questioned.

About one out of every five of the common public respondents apparently pointed out that they consumed local fish. Of that number, a third apparently replied that they ate local fish regularly i.e. more than once a week and only half knew about the state published health advisories. The survey of anglers discovered that about half ate the fish they caught and of that number nearly 37 percent had apparently neither seen nor heard about the local health advisories.

The data apparently showed that consumption patterns among some population groups may be at a greater risk. For instance, about 30 percent of African American anglers mentioned they had not seen the advisories and of those that did, more than half apparently did not let it influence their choice whether or not to consume locally caught fish. The outcome also showed that Latino/Hispanic anglers apparently were most likely to eat local fish in surplus of the one meal per week suggested by the state. The interview data also proposes that people with lower income and education levels may perhaps eat more local fish.

The study’s authors wonder that this cut off between the health advisories and people’s behavior may be the outcome of various issues including language barriers, no trust to the state’s guidelines, and financial requirement. Moreover, the survey and interview data imply that several people who read the advisories apparently still have a hard time in understanding which fish they ought to be evading.

The Environmental Health Sciences Center apparently intend to utilize the study results to initiate a community-based discussion about how to notify people about the advantages and risks of consuming locally-caught fish in a better way. For instance they may survey outreach strategies beyond the use of printed material for high risk populations. These may comprise of spreading information by mixed media, word of mouth, and other community-based communication strategies.