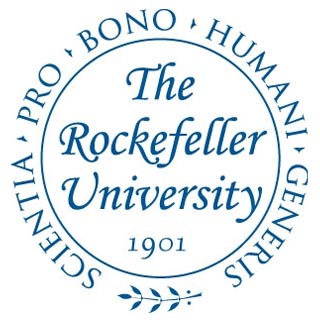 Depending on your genes, Salmonella may perhaps mean a lot more than food poisoning. In a latest clinical study, experts at The Rockefeller University Hospital are tapering in on the genetic link which could possibly influence a person to a set of complications. Apparently, these set of complications are known as severe nontyphoidal salmonellosis (SNTS).

The study is believed to be soon examining medical records and blood samples of SNTS-diagnosed children. It may perhaps further elucidate the role of genetics in the immune system’s various responses to Salmonella infection thereby leading to more efficient treatments for the disease.

Certain strains of Salmonella are noted to be recognized for their virulence. For instance, Salmonella typhi seems to cause typhoid fever, which results in more than half a million deaths each year in the developing nations where it is prevalent. However, S. typhi is known to be a plain-dealing villain.

“The symptoms associated with typhoidal Salmonella are the same regardless of the host’s immunological profile,” says Carolina Prando, a postdoctoral fellow in Jean-Laurent Casanova’s Laboratory of Human Genetics of Infectious Diseases and the co-principal author of the study with Study Associate Stephanie Boisson-Dupuis.

It was observed that nontyphoidal strains, on the other hand, are the con artist of the Salmonella family. This is so, because they seem to be a frequent culprit behind food poisoning in healthy children. However, these nontyphoidal strains could possibly cause destruction in children with impaired immunity. They may perhaps affect any number of organ systems thereby producing liver or spleen abscesses, bone infections, meningitis or other disease conditions.

“These symptoms are decidedly non-gastroenterological; they are not symptoms normally produced by nontyphoidal Salmonella in healthy children,” continues Prando.

Previous year, Casanova’s laboratory, was noted to have been moved from the Necker Medical School in Paris to Rockefeller University. Supposedly, it has for over a decade been one of the world’s major centers of investigation on human genetic causes of mycobacterial disease.

Jean-Laurent Casanova’s group was believed to have identified six genes whose mutations predispose a person to mycobacterial infection. Allegedly, this influence occurs through the disturbance of key signaling pathways of the immune system. The latest study seems to intend to find similar disturbances connected to SNTS.

The investigators’ past work has shown that among patients with IL-12/23-IFN-γ, there seems to be a five percent frequency of SNTS which is associated with mycobacterial disease. Mutations in the IFN-γ-dependent part of a circuit are called as IL-12/23-IFN-γ. Whereas, it was observed that more than 50 percent of patients with a mutation in another part of the circuit are predisposed toward development of both mycobacterial and SNTS infections.

However, even these known genetic defects fail to elucidate all the cases. A big division of children with SNTS, especially children with isolated SNTS without mycobacterial disease seem to still lack a genetic clarification.

It was believed that the latest study focuses on the pathway of the signaling molecule known as IL-23. The study experts are at present noted to be working with data supplied by pediatricians whose patients had presented with SNTS affecting bones, lymph nodes, the central nervous system and other areas. Also, they seem to have 40 subjects for the study and aim to gather data on at least 60 more.

“If we are correct, then a known genetic mutation or history of infection in one family member can suggest the right diagnostic testing for other family members. Therapeutically, new approaches based on replacing what’s missing in the immune system may be developed,” elucidates Boisson-Dupuis.

By mapping out genes involved in the IL-23-dependent pathway, Prando and Boisson-Dupuis look forward in pointing out the genetic cause behind the unexplained cases of SNTS. In addition, they hope to definitively distinguish the pathways which could possibly lead to mycobacterial disease from those that lead to SNTS.