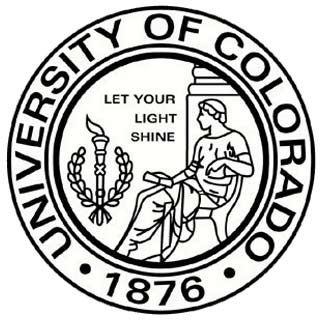 A new study conducted at the University of Colorado looked at post-transplant care to decide whether primary care physicians (PCPs) or hepatologists are more apt in managing the overall health care of patients who were given a liver transplant (LT).

It was found that hepatologists consider metabolic complications to be general in LT patients, but not well controlled. The hepatologists who were interviewed also felt that PCPs ought to be accountable for managing these conditions, and they were of the opinion that they were apparently not actively participating.

Around 280 hepatologists in programs that transplanted at least 8 adult livers during the 2004 study year were interviewed by Lisa Forman, M.D. and colleagues. Of the 191 respondents, about 86% were male with a mean age of 50 years and had apparently been a professional for an average of 13 years. Nearly half of the hepatologists responded that they took care of about 21-50 liver transplant patients every month, while only about 2.1% mentioned that a PCP was a functioning member of the practice group’s post-transplant team.

It was found that in about more than 70% of hepatologists interviewed hypertension, chronic renal insufficiency, diabetes, and osteoporosis were present in at least around 25% of patients, 1 year after transplant. Most of the respondents felt that these metabolic complications may considerably add to the morbidity and mortality 10 years post liver transplantation. Based on survey responses, the most usually said obstructions to control post-transplant complications were dietary non-adherence, unfavorable effects of immunosuppressive agents, and insufficient primary care.

Dr. Forman stated, “While there are many factors which influence the management of metabolic health concerns, the transplant community needs to be aggressive in influencing aspects that are modifiable such as PCP involvement. If PCPs are reluctant to treat LT patients, and hepatologists assume their overall care, perhaps transplant hepatology fellowships should include rotations in cardiology, endocrinology, rheumatology and nephrology to give fellows more exposure to the management of metabolic complications.”

About 75% of respondents felt that metabolic complications should be controlled by PCPs, but apparently consider that PCPs are sufficiently managing these health issues in only around 38%-51% of LT recipients.

The authors recognized that this study was based on the insight of hepatologists without hard data gathered on the frequency of metabolic complications. They also felt that since PCPs were not surveyed, there seemed to be an obvious bias towards hepatologists.

This study was published in Liver Transplantation, a journal published by Wiley-Blackwell on behalf of the American Association for the Study of Liver Diseases.