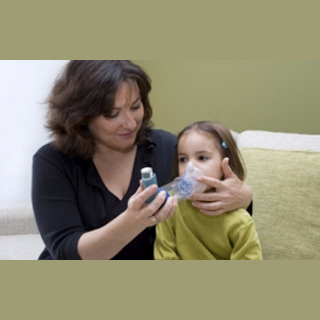 According to a latest study, pregnant women who fail to treat their asthma during pregnancy seem to increase the possibility of transmitting the disease to their child. The team of experts from the University of Montreal, the Sacred Heart Hospital of Montreal and Sainte-Justine University Hospital Research Center put forth this interesting study.

For the purpose of the study, the team evaluated the medical records of approximately 8,226 children from birth to the age of ten years who were born to mothers suffering from asthma. Parents of these children also received a questionnaire by mail. Supposedly, the questionnaire asked for additional facts related to their family medical history, lifestyle and environment.

Study lead author, Dr. Lucie Blais, a professor at the University of Montreal’s Faculty of Pharmacy and an expert at the Sacred Heart Hospital of Montreal warned that, “Uncontrolled maternal asthma during pregnancy could trigger a transient yet important reaction in the fetus that affects lung development and could subsequently increase the likelihood of a baby developing asthma in later childhood.”

“We found that failing to control maternal asthma during pregnancy clearly has an impact on asthma in offspring – a consequence that is independent of other contributing factors. It is of great importance for physicians to adequately treat asthmatic mothers during pregnancy, not only for the favorable outcome of pregnancy but also for the benefit of the child,” explains Dr. Blais.

The findings of the study revealed that nearly 32.6 percent of children born to mothers who ignored their asthma treatment during pregnancy appeared to have developed the respiratory illness themselves.

This study was believed to have been authored by Marie-Josee Martel, Evelyne Rey, Marie-France Beauchesne, Jean-Luc Malo, Sylvie Perreault, Amelie Forget and Lucie Blais of the University of Montreal.

The findings of the study have been published in the European Respiratory Journal.