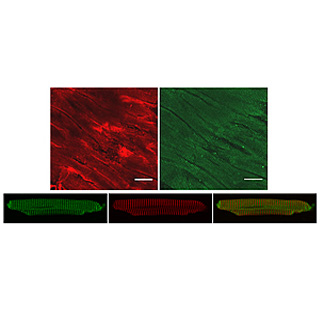 This is an interesting piece of news. Scientists from the Universities of Michigan and Minnesota have revealed that gene therapy could possibly be used in order to improve an ailing heart’s ability to contract properly. Additionally, this study may perhaps pave the way when ‘closed heart surgery’ through gene therapy could known to be commonly prescribed as today’s cocktail of drugs.

According to the U.S. Centers for Disease Control and Prevention, heart failure is known to be a condition where the heart fails to pump adequate blood and oxygen to meet the needs of other body organs.

Apparently, the most common causes of heart failure are coronary artery disease, hypertension or high blood pressure and diabetes. It was noted that treatments at present usually involve three to four medicines namely ACE inhibitors, diuretics, digoxin, and beta blockers.

For the purpose of the study, Herron along with his colleagues treated heart muscle cells from the deteriorating hearts of rabbits and humans with a virus called as adenovirus. Apparently, this virus was modified in order to carry a gene which produces a protein that allows heart cells to contract normally namely fast molecular motor. Or a gene that could become active in failing hearts which is believed to be part of the body’s way of coping with its perilous situation or slow molecular motor.

“We hope that our study will lead some day to the development of new genetic-based therapies for heart failure patients. The advent of molecular motor-based gene transfer for the failing heart will hopefully improve cardiac function and quality of life for heart failure patients,” says Todd J. Herron, Ph.D., one of the experts involved in the study and research assistant professor of molecular and integrative physiology at the University of Michigan.

Gerald Weissmann, M.D., editor-in-chief of the FASEB Journal, stated that, “Helping hearts heal themselves, rather than prescribing yet another drug to sustain a failing organ would be a major advance for doctors and patients alike. Equally important, it shows that gene therapy remains one of the most promising approaches to treating the world’s most common and deadliest diseases.”

Existing clinical agents and treatments seem to focus on the amount of calcium available for contraction, so that it could provide short-term cardiac benefits. However, they appear to be associated with an increased mortality in the long-term.

The findings of the study reveal that calcium-independent treatments may possibly have implications for heart diseases associated with depressed heart function. Allegedly, this is due to the effectiveness of fast molecular motor gene transfer on the improved contractions of human heart muscle cells.

The findings of the study have been published online in the FASEB journal.

Study: Right-handers may be biased to select their dominant hand