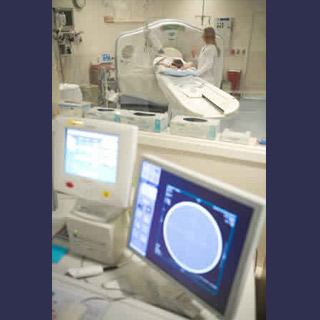 In a shocking revelation by researchers from University of Michigan, it has come to light that patients with severe cases of the H1N1 virus may be susceptible to developing severe complications, including pulmonary emboli.

A pulmonary embolism is known to occur when one or more arteries inside the lungs become blocked. Also, this condition could possibly be life-threatening. However, if treated assertively, blood thinners may perhaps decrease the possibility of death.

Agarwal further said that, “With the upcoming annual influenza season in the United States, knowledge of the radiologic features of H1N1 is important, as well as the virus’s potential complications. The majority of patients with H1N1 that undergo chest X-rays have normal radiographs. CT scans proved valuable in identifying those patients at risk of developing more serious complications as a possible result of the H1N1 virus.”

For the purpose of better understanding this criterion, researchers took approximately 66 patients diagnosed with the H1N1 flu. Of those, 14 patients were noted to be severely ill and required Intensive Care Unit admission. During the research, all 66 patients were believed to have undergone chest X-rays for the detection of H1N1 abnormalities.

“These findings indicate that imaging studies would have to be repeated in severely ill patients to monitor disease progression. It’s important to heighten awareness not only among the radiologists, but also among the referring clinicians,” elucidates Kazerooni.

The researchers found that pulmonary emboli were seen in CT scans on nearly five of the fourteen ICU patients. Kazerooni claimed that another significant finding is that early chest radiographs appear to be normal in more than half of the patients with H1N1.

This research was believed to have been performed by Agarwal along with Ella Kazerooni, M.D., director of U-M’s division of cardiothoracic radiology and professor of radiology and Sandro K. Cinti, clinical assistant professor in U-M’s Department of Internal Medicine.

The findings of the research have been published in the American Journal of Roentgenology.