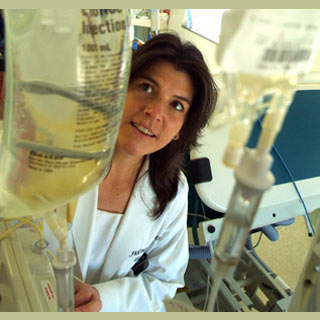 A novel study claims that, healthy eating and not supplements seems to be the best way of keeping your good bacteria in your gut healthy. As with vitamins, it is best to get the bacteria you require from healthy food instead of frequently taking expensive and potentially ineffective supplements.

Raising awareness of benefits of some of these organisms which play in sickness and in health could possibly have resulted in an explosion of prebiotic and probiotic additives and products sold directly to consumers.

Ms. Cresci claimed that it also appears to have created confusion even among nutrition and other health care experts about how to make the best use of them. She was believed to have prescribed bacteria in order to assist surgery patients to recover. Moreover, she seems to work in the lab in order to learn more about their possibilities. Supposedly, she associates the good bacterium inside the gastrointestinal tract to another living being inside that helps keep one healthy.

It was estimated that there are nearly 800 bacterial species with more than 7,000 strains living inside the average gut. Also, even though many sound similar they likely aren’t. For instance, a little Lactobacillus acidophilus when combined with some Lactobacillus bifidus could possibly be very helpful in preventing antibiotic-induced diarrhea whereas Lactobacillus bulgaricus along with some Streptococcus thermophilus is of no use.

“You need to be careful. You don’t just give the same probiotic to try and treat everybody,” adds Ms. Cresci, an assistant professor of surgery at the MCG School of Medicine and winner of the 2009 Excellence in Practice Award for Clinical Nutrition by the American Dietetic Association.

This is why she is believed to be giving lectures to dietitians, physicians and anyone interested in how to make good use of these forefront protectors. These lead protectors are known to attack invaders that come into the body via the mouth. More so, they seem to help the immune system in keeping a more overall watch over the body.

Evidently, there is increasing evidence that a healthy gut microbiota assists in maintaining a healthy weight. For instance, studies have shown that when bacteria from a genetically fat mouse are placed in a lean germ-free mouse, it seems to gain weight without changing its food intake.

Unfortunately poor diets are noted to be harming the bacteria in many of us and the overuse of antibiotics is taking its toll as well, mainly the ordinary, broad spectrum antibiotics that destroy anything in their path, good and bad bacteria included.

Diarrhea is known to be a tremendously widespread outcome of disturbing the natural balance of your gut’s microbiota. It was observed that generally in healthy individuals, a good diet which is rich in fiber, protein and low in fat, will rapidly help restore good bacteria.

However, in older individuals or those with a primary condition, probiotics could perhaps be required in order to avoid potentially fatal problems such as overgrowth of bad bacterium like Clostridium difficile. When that bacterium begins to thrive, it could lead to an extremely enlarged colon that must be removed. However, it was estimated that approximately 80 percent of patients die.

Ms. Cresci claimed that a good daily diet is believed to have nearly 30 percent or less of calories coming from fat, with saturated fats comprising not more than 10 percent of that. The majority should come from monounsaturated fats such as olive and canola oils.

She advises that one should eat dairy products in order to ensure sufficient protein, calcium, and other nutrients, besides consuming about 25 to 30 grams of fibre, fresh fruits and vegetables, for vitamins and minerals. Apparently, this fibre is derived from fibre-rich foods such as whole grains.

The findings of the study have been presented at the Food & Nutrition Conference & Expo in Denver.