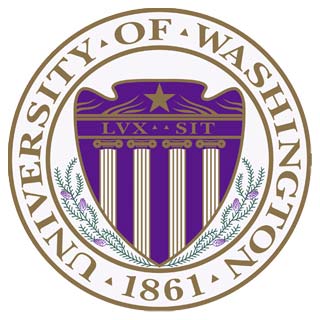 University of Washington researchers claim that depression in older cancer patients is very common, and has devastating effects on their quality of life both during and after treatment. However they are showing that there appear to be ways in improving this situation.

For the purpose of the study, Fann along with his colleagues was believed to have evaluated the effectiveness in older, depressed cancer patients of an intervention called Improving Mood-Promoting Access to Collaborative Treatment (IMPACT), in contrast to a similar set of patients receiving usual care. All participants were noted to be experiencing either major depression or a type of chronic depression called dysthymia, or a combination of both.

Apparently, all these assisted the patient in engaging in pleasant activities as well as taught them problem-solving skills. The intervention was estimated to have been tested in about 18 primary-care clinics in approximately 5 states. The clinics were believed to have served a variety of diverse socio-economic, geographic and ethnic populations.

“Little is known about the optimal approach to treating depression in this population, and older cancer patients are less likely to be treated for their depression than are younger cancer patients,” says Dr. Jesse Fann, UW associate professor of psychiatry and behavioral sciences and the director of psychiatric services at the Seattle Cancer Care Alliance, and an investigator in the Clinical Research Division at the Fred Hutchinson Cancer Research Center in Seattle.

At the end of six months, 55 percent of the patients in the IMPACT group and 34 percent of the usual care participants seemed to have shown a 50 percent or greater reduction in their depression symptoms. Moreover, the IMPACT participants also had increased remission rates from depression, more depression-free days, less fatigue, a better quality of life, less functional impairment and fewer thoughts of death. Many of these benefits appear to have continued during the one-year follow up period after the intervention was completed.

“Among the functional impairments older cancer patients can experience with depression are fatigue and thinking problems, such as forgetfulness, feeling mentally slowed down, and having difficulty concentrating or solving problems. Decisions that used to be straightforward or easy for them have become challenging,” elucidates Fann.

Based on their findings, the study experts concluded that the IMPACT collaborative care program may perhaps be realistic and more effective as compared to standard care in managing depression among older cancer patients in primary-care. Additionally, it seems to be widely applicable.

“The IMPACT intervention can be successfully provided in diverse types of primary-care settings in various locations, and not just at specialized cancer centers. It can literally double the likelihood that the patient’s depression will improve over time,” says co-author on the study, Dr. Jurgen Unutzer, UW professor of psychiatry and behavioral sciences.

Fann claimed that obtaining effective treatment for depression seems to be crucial because of the serious, disturbing effects depression has on many cancer patients. For instance, a depressed person may feel less motivated to exercise or eat well, or carry out treatment plans or be an active participant in their care.

It was estimated that the possibility of suicide is twice as high among older cancer patients in contrast to the general population. More so, the risk seems to be even higher with older age. It was observed that some depressed patients question if cancer treatment is worth it, even if they don’t plan to end their lives. Furthermore, patients may possibly reject family and friends, and feel incompetent of making arrangements for the future.

Unutzer further added that, “Depression may persist after the cancer is successfully treated or in remission. They have survived the disease, but still can’t re-engage in life. Patients may feel unable to enjoy or make use of the time that has been added to their life.”

Fann and Unutzer’s suggestion to older cancer patients was that, “If you have depression, you don’t have to ‘just live with it.’ Treatment may increase the odds that you will feel less tired and feel more like getting on with life. You dealt with cancer, and you can do something about depression.”

They were of the opinion that the elderly are noted to be the biggest segment of our population with cancer. Also, older cancer patients seem to be becoming a considerable segment of primary care practice. By supporting depression care in primary-care settings, health-care providers could perhaps assist older cancer patients truly benefit from advances in cancer treatment thereby improving their quality of life.

This study was called as ‘Improving Primary Care for Older Adults with Cancer and Depression.’

The findings of the study have been published in the Journal of General Internal Medicine.