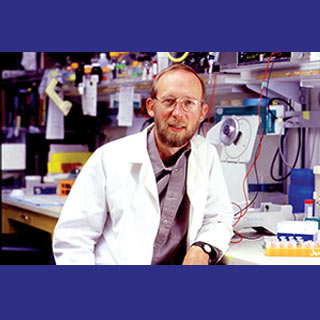 A chemical cousin of a drug presently used in treating sepsis seems to have been found to considerably reducing the spread of amyotrophic lateral sclerosis (ALS) or Lou Gehrig’s disease in mice.

The results are believed to be beneficial in developing a therapy to stop or slow the progression of a disease that usually kills its victims within just a few years. The researchers were noted to have examined the use of a form of an enzyme known as activated protein C (APC) in order to slow the cell death that occurs in ALS.

“We were able to significantly extend the lifespan of mice with an aggressive form of ALS,” says co-principal investigator Don W. Cleveland, PhD, professor and chair of the Department of Cellular and Molecular Medicine at UC San Diego, a widely recognized expert on ALS. “The compound also extended the length of time that the mice were able to function well despite showing some symptoms of the disease, and it reduced the pace of muscle wasting that is a hallmark of ALS.”

Researchers seem to be encouraged that their work involves a compound that has already been proven safe. Also, this compound is known to be given to patients at present via a common injection for another condition. However, they claim that more research is needed before the enzyme is tested in people with the disease. The team anticipates in testing a treatment in patients within five years. For the purpose of better understanding this criterion, they examined mice with a mutation in a gene called superoxide dismutase 1 (SOD1). SOD1 is known to play a crucial role in keeping cells safe from damaging molecules called as free radicals.

While the cause of most cases of ALS is unidentified, researchers do know that SOD1 may perhaps play a role in about three to four percent of cases thereby providing an opportunity to study the disease’s initial steps, which occur long before key nerve cells appear sick or die. Additionally, recent researches have suggested that the accumulation of mutant forms of SOD1 appears to be linked to most cases of sporadic ALS.

Supposedly, cell death is central to the symptoms of ALS which results in a progressive paralysis that normally kills individuals within five years of onset. ALS is known to be a chronic disorder of motor neurons in the brain, brainstem and spinal cord. At present, there appears to be no cure or even a treatment that can effectively slow disease progression.

In an astonishing finding last year, a team led by Cleveland and lead neuro-researcher Berislav Zloikovic, MD, PhD; The Scripps Research Institute in La Jolla discovered that SOD1 mutations could possibly weaken the crucial natural barrier between blood and the spinal cord. In effect, blood vessels in the spinal cord seem to become leaky thereby allowing toxic substances to overflow into the spinal cord. Because of the defect, motor neurons are noted to be exposed directly to biochemical byproducts of hemoglobin such as iron. Iron is known to form reactive oxygen molecules that damage or kill neurons.

Now, the team has shown that APC considerably appears to have lessened the activity of the SOD1 mutation. Apparently, this protects neurons that are under attack by blocking the synthesis of abnormal forms of the molecule in motor neurons and other cells inside the spinal cord. These include microglia cells, which the Cleveland laboratory has shown may perhaps play a crucial role in the inflammatory response and progression of ALS. In addition to reduced SOD1 activity, the flow of dangerous byproducts of hemoglobin into the spinal cord seems to have been eliminated by APC, in turn saving neurons.

“The success of this research project has been very gratifying, and we are hopeful that a form of APC will ultimately be useful as a treatment for this disease,” says Zlokovic, who is professor of Neurosurgery and Neurology and director of the Center for Neurodegenerative and Vascular Brain Disorders at Rochester.

At present, the group is observed to be studying alternate forms of APC, in an effort to make the form that best suppresses the symptoms of ALS while causing fewer unwanted side effects, such as bleeding. The researchers are of the opinion that the form of APC currently used to treat sepsis seems to carry an increased risk of bleeding and may possibly not be appropriate for treating ALS in humans.

While other researchers are exploring the possibility of silencing SOD1 in order to treat ALS, Zlokovic noted that most approaches may possibly need invasive surgery and delivery by direct infusion into the spinal cord. APC, on the contrary, is believed to have been already approved as an injection.

The research findings have been published in the Journal of Clinical Investigation.