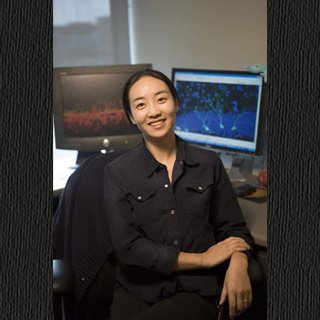 Johns Hopkins scientists were believed to have reported having used an off the shelf available drug in order to successfully ‘rescue’ animal brain cells that they had purposely damaged by manipulating a recently discovered gene. Supposedly, this gene links vulnerability genes for schizophrenia and autism.

They were noted to have described the rescue as ‘surprisingly complete’ which was achieved with rapamycin. Rapamycin is known to be a drug that acts on a protein called mTOR whose role involves the production of other proteins. The thought to investigate this drug’s effectiveness at rescuing impaired nerve cells seems to have occurred to the team as a result of having discovered a novel gene. Apparently, this gene acts in concert with two previously identified schizophrenia susceptibility genes, one of which is involved in the activation of the protein mTOR.

The experts claimed that this piecing together of multiple genes may perhaps add support for the idea that susceptibility to schizophrenia and autism can have common genetic fingerprints. They are noted to be careful in saying that the genes in question are not the cause of schizophrenia or any other brain or mind disorder in humans.

However, these genes do appear to serve as a blueprint for proteins that time and again pop up in a range of mental illnesses in people. The brand new gene, dubbed KIAA1212, is known to be serving as a bridge linking two schizophrenia genes namely DISC1 and AKT.

Suspecting KIAA1212 as one of many probable binding partners interacting with DISC1, the scientists seem to have genetically shut down the production of DISC1 proteins in newly born neurons in the hippocampus region of an adult mouse brain. Also, DISC1 name is noted to be an acronym for ‘Disrupted-in-Schizophrenia.’

The hippocampus is believed to contain a niche where native stem cells give rise to fully developed novel neurons. Evidently, the idea was to deliberately cause these cells to malfunction and then observe what happened.

Guo-li Ming, M.D., Ph.D., an associate professor of neurology and neuroscience in the Institute for Cell Engineering at the Johns Hopkins University School of Medicine stated that, “Our discoveries give us more of the information we need to understand the function of genes associated with psychological diseases. The next step is to create a good animal model that would allow us to test whether candidate drugs will reverse not only the irregularities of brain cells with deficiency of these genes, but also behaviors.”

The findings revealed that the newborn neurons seemed to be most considerably defective nearly 14 days after DISC1 suppression. Furthermore, the neurons appear to be defective in a variety of ways. Hongjun Song claimed that the new neurons with alterations of DISC1, KIAA1212 or AKT inside the brains of the Rapamycin-treated mice appear to have developed normally.

“What was amazing to us is how potent the drug is, at least on the cellular level. A number of the neurons’ developmental defects — from enlarged cell size to the misplacement of cell localization and abnormal neuronal processes involved in receiving and sending messages — were corrected by this one drug,” elucidates Hongjun Song, Ph.D., an associate professor of Neurology in the Institute for Cell Engineering at the Johns Hopkins University School of Medicine.

By manipulating AKT production, or altering KIAA1212, they discovered the very same abnormalities as with DISC1 deficiency thereby concluding that KIAA1212 may be in the same signaling pathway as DISC1 and AKT.

Since mTOR is a well-known downstream effector of AKT, they treated the adult mice harboring those abnormal neurons with rapamycin, a drug known to lessen the effects of a faulty AKT pathway. They found that it effectively seems to have ‘rescued’ the neurons from their defects.

The findings of the study have been published in the journal, Neuron.